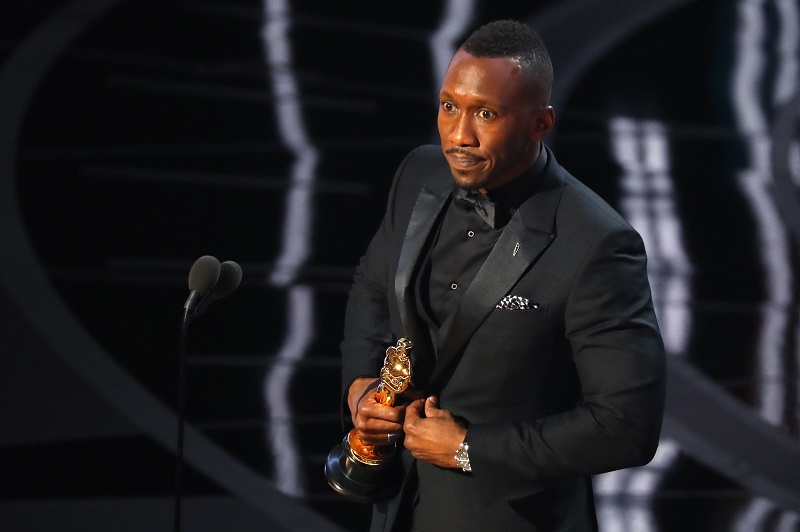 LOS ANGELES, Feb 26 - Mahershala Ali won his first Oscar on Sunday for his supporting role in "Moonlight," kicking off what could be a big night for diversity at the Academy Awards.

Ali, 43, who played the mentor to a young black boy in "Moonlight," was one of a record seven actors of color nominated for Oscars this year, along with films that ranged from overlooked African-American female math geniuses ("Hidden Figures") to interracial marriage ("Loving") and black incarceration rates in modern U.S. society ("13th").

"I want to say thank you to President Trump. Remember last year when it seemed like the Oscars were racist?" quipped Kimmel in an apparent reference to Trump's crackdown on immigrants and travelers from seven majority Muslim nations.

Streep, 67, was given a standing ovation by the Oscar audience when Kimmel recalled how Trump had derided the actress as "overrated" after she attacked him at the Golden Globes ceremony in January.

"Meryl Streep has phoned it in for more than 50 films in the course of her lackluster career," Kimmel quipped as triple Oscar winner Streep squirmed in her seat.

With a leading 14 nominations, romantic musical "La La Land" looks set to dance away with an armful of Academy Awards, including best picture, for its love letter to artistic ambition and Los Angeles itself.

If it turns out to be a big night for "La La Land" starring Ryan Gosling and Emma Stone as a jazz pianist and a struggling actress, it would be the first musical to win best picture at the Academy Awards since "Chicago" in 2003.

"It's been such a surprise. We had no idea it would get this kind of reception," Gosling told reporters on the red carpet on Sunday. "It seems to be speaking to people in a deeper way and that's a nice feeling."

The directors of all five Oscar-nominated foreign language films on Friday denounced what they called a "climate of fanaticism and nationalism" in the United States and elsewhere.