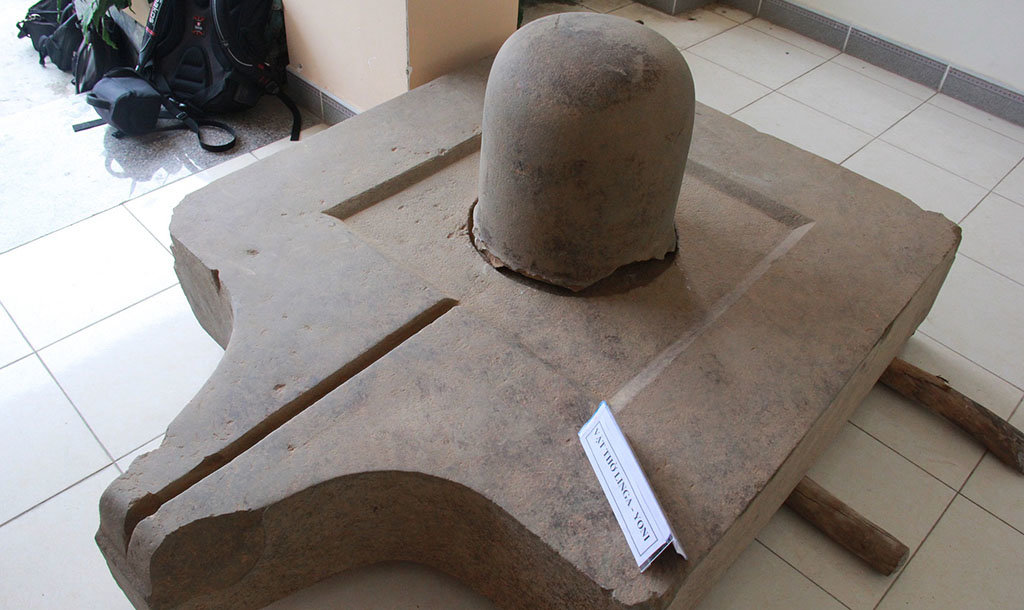 A recent excavation in Nui But Po Nagar Temple revealed what is arguably the biggest pair of Lingam-Yoni objects in Vietnam, according to Dr. Vu Quoc Hien, deputy director of the National Museum of History.

The excavated temple is located in Nghia Chanh Ward, Quang Ngai City, which is the capital of the central province of Quang Ngai.

The two objects are thought to date back to the 10th-13th centuries and they deserve to be recognized as national treasures, according to Dr. Hien.

The foundation of the Nui But Po Nargar Temple where the set of Lingum-Yoni objects were found is made from laterite and it is still in excellent conditions, a very rare feature for this kind of structure.

“The Nui But Po Nagar Temple could be the first site where Cham temples were erected on high hills rather than on lowland such as Banh It Temple (Binh Dinh Province), Nhan Temple (Phu Yen Province) or Ba Temple (Nha Trang City),” Dr. Ngo Van Danh, an expert in Cham culture said.

Along with the impressive set of Lingam-Yoni, archeologists also found 109 other artifacts dating back to the 10th-13th centuries. Among them are the snake-like Naga statue and two Kinnara statues made of clay.

Quang Ngai officials are planning to open the excavated temple to the public as a tourist attraction and exhibit the found artifacts there instead of keeping them in the museum.

An ornamental object of the temple. Photo: Tuoi Tre

A brick dating back to the 11th century. Photo: Tuoi Tre

The head statue of a male god. Photo: Tuoi Tre

Another head statue of a male god. Photo: Tuoi Tre