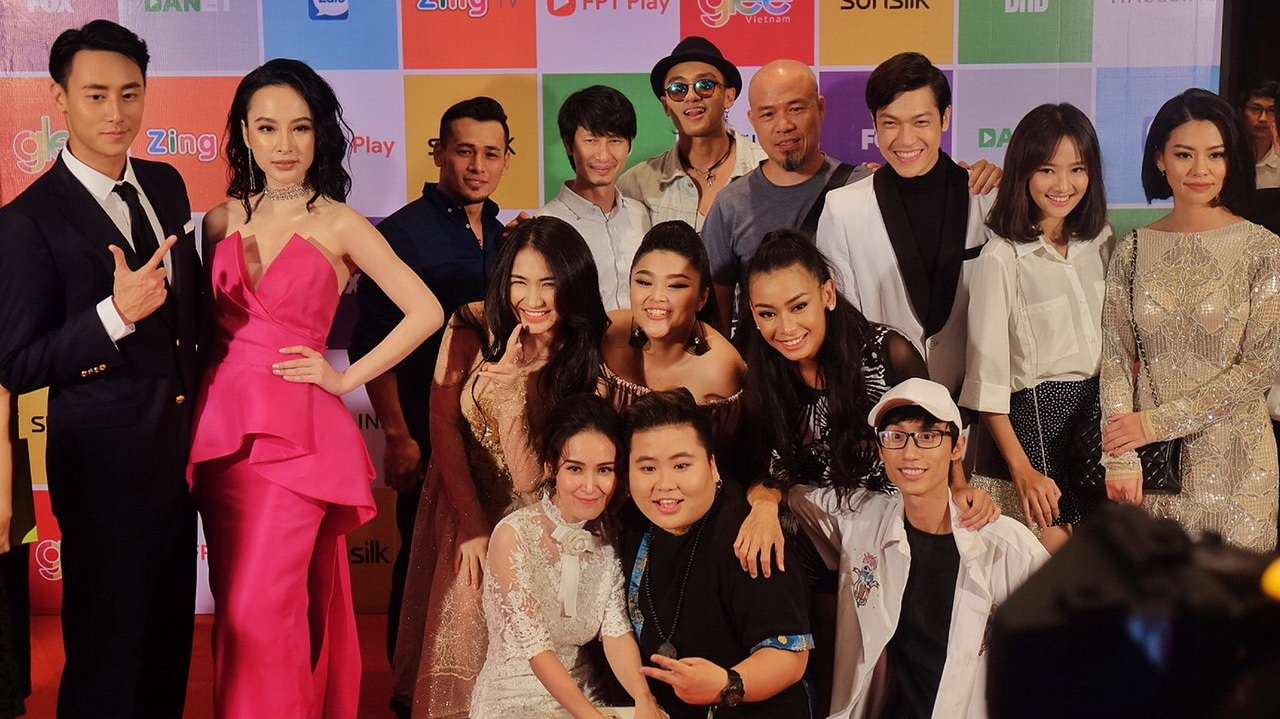 The production team of Glee Vietnam has unveiled its cast for the Vietnamese adaptation of the popular American TV series.

Glee Vietnam will be available to stream free of charge on digital platforms from mid-August.

The ambitious project is a remake of the popular American musical dra-medy TV series Glee, which aired on the Fox network in the U.S. between 2009 and 2015.

“At this moment, the cast is still being trained in acting, choreography and singing,” Binh said.

“Time management is one of my biggest challenges at the moment, for this is a grand musical series involving over 100 actors and actresses who must all be well-rounded performers.”

According to the director, the cast has been in rehearsal for months to perfect their voices and choreography for the screen.

The ‘localization' of the Glee concept began in October 2016, and all songs used in the adaptation will be popular Vietnamese songs rearranged exclusively for the series by a team of young songwriters.

“Over 90 percent of the songs will be covers of already well-known pieces, while the rest will be originals,” said lead songwriter Huy Tuan.

All 22 episodes of the series’ first season in Vietnam will be available to stream free of charge via local online movie streaming platforms including VTVCab, FPT Television, MyTV, and Viettel Next TV.

The U.S.-based Fox television network will reserve the rights to the series’ distribution outside of Vietnam, according to local cinema franchise BHD, which is responsible for the production of Glee Vietnam.

The original Glee series focuses on a high school glee club that competes on the school choir circuit and its disparate members' dealing with social and personal issues.

The series ran globally between 2009 and 2015, consisting of six seasons and 121 episodes.