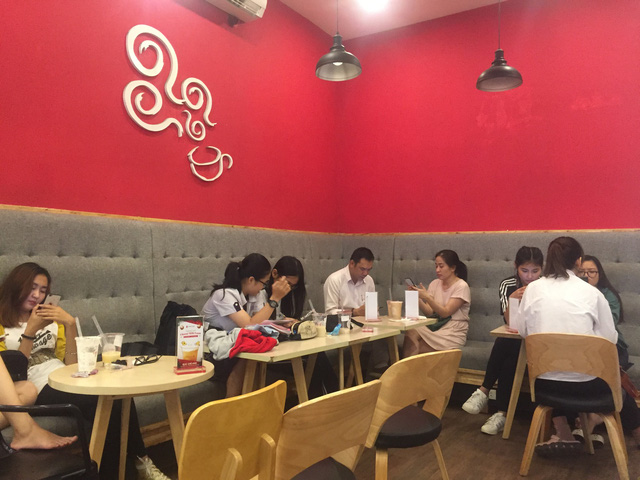 Vietnam’s Generation Z – those born between 1995 and 2002 – are splashing money out on out-of-home food services despite making little money, according a recent report by local market research company Decision Lab.

The report, which was based on interviews of 16,000 people aged 15 years old and above in Hanoi, Ho Chi Minh City and Da Nang, showed that the country’s Generation Z was spending an average of VND900,000 (US$40) a month on eating out, or up to a third of certain respondents’ monthly wage.

Fifty-six percent of the respondents in Ho Chi Minh City claimed to make no money of their own or earn less than VND3 million ($132) a month.

Thirty-five percent of those interviewed estimated their monthly income to be between VND3 million and VND7.5 million ($330).

In the third quarter of 2017, 133 million visits to out-of-home food services were made by Vietnam’s Generation Z, 25 percent of whom opted for fast food restaurants, the report found.

Street food came next, accounting for 18 percent of the total visits, followed closely by convenience stores at 17 percent.

Vietnamese youths were found to visit these establishments at any time of the day, for primary meals as well as for quick snacks and drinks.

According to Lozi, a social media focused on dining locations, there were 1,500 bubble tea stores in Vietnam as of July, and the number is fast increasing with eight new stores opened every month in Hanoi alone.

Ngo Van Tan, a 22-year-old from northern Hai Phong City, said his time in college was when he spent the most money on out-of-home food services.

“That included primary meals and snacks.”

For Bich Ngoc, a 22-year-old accountant for a lighting store in Ho Chi Minh City, her VND4 million ($176) monthly wage could barely afford her habit of eating out of home.

According to Ngoc, she would be able to put aside VND1 million ($44) each month as savings after spending the rest on personal needs.

Both Tan and Ngoc agreed that they enjoyed eating out of home because of the atmosphere of sitting down and chatting with friends over a meal.

“When we want to meet up for a chat, dining places or coffee shops are often the top choices.”

Ngoc added that there are certain dishes that people cannot simply prepare at home, while the various cuisines that Ho Chi Minh City offers are too alluring to pass.

Vietnamese youths’ habit of eating out of home is demonstrated through the mushrooming of mobile applications and social media platforms dedicated to food and restaurant reviews such as Foody, Lozi and Diadiemanuong.

Many Instagram users have taken advantage of the opportunity to become food bloggers, attracting tens of thousands of followers by writing reviews about food and restaurants.

Vietnam’s food service industry has never seen such a gilded age, nor has the young generation of Vietnamese emptied their wallet so fast on out-of-home food.