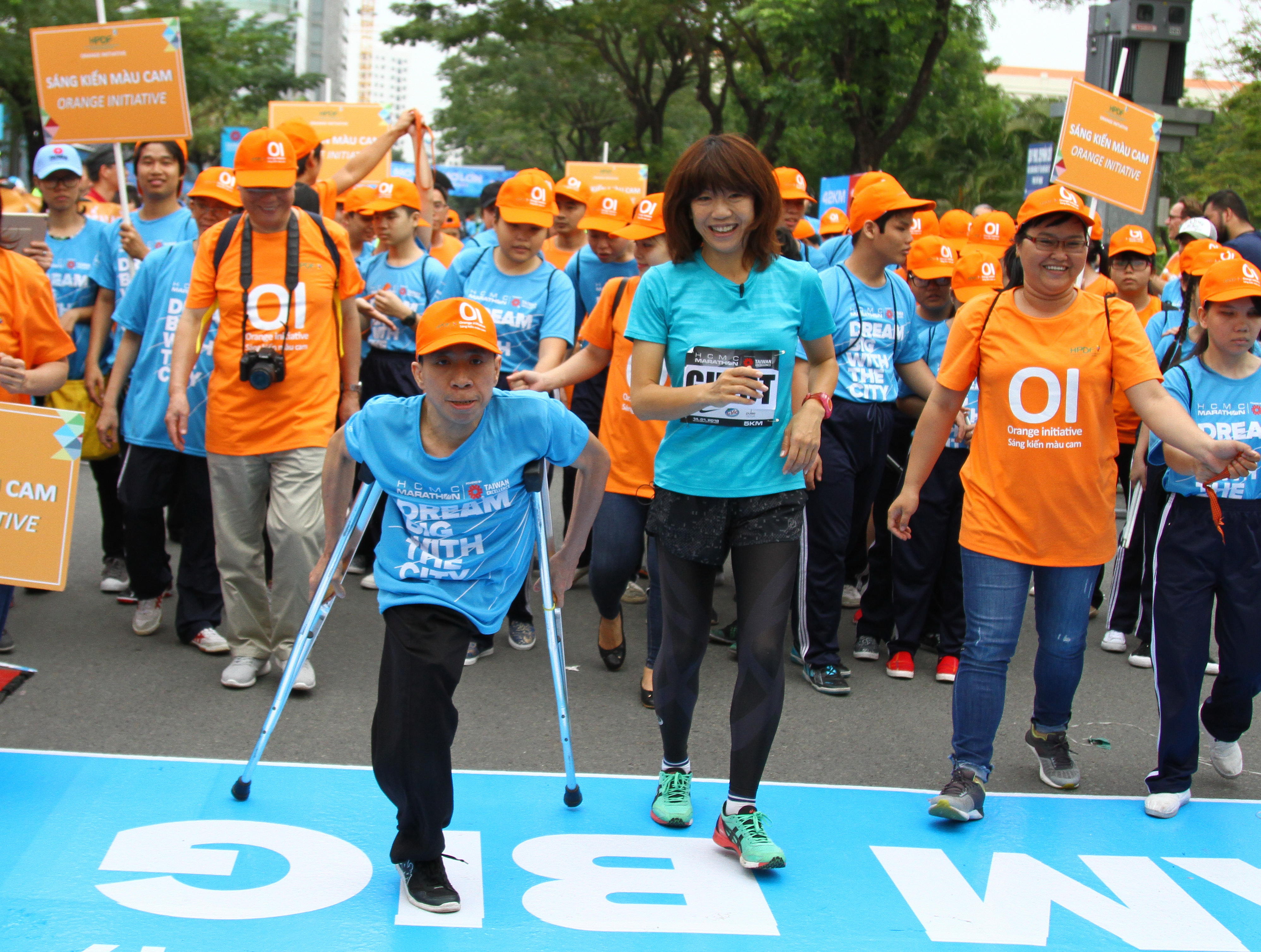 Over 8,000 amateur local and foreign runners gathered in Ho Chi Minh City on Sunday for the fifth edition of HCMC Marathon, one of Vietnam’s biggest marathon events.

Formerly known as HCMC Run, HCMC Marathon is an annual event jointly organized by the Ho Chi Minh City Athletics Federation and Pulse Active – a locally based advertising solutions company – in association with the municipal Department of Culture and Sports.

The multiple-distance HCMC Marathon 2018 was joined by more than 8,000 local and international runners who took part in separate runs ranging from five kilometers to 42.195 kilometers in length across the streets of District 7.

Over 800 foreigners signed up for the half-marathon and marathon distances with a registration fee of up to VND1.7 million (US$75) per person.

Vietnamese nationals were entitled to a slightly lower fee, at VND800,000 ($35) to VND1.36 million ($60) per registration for the marathon distance.

Despite the relatively high prices for a race compared to other marathon events held in Vietnam, HCMC Marathon remains highly popular with local and international runners, with registration having to close early due to overwhelming numbers of contestants, according to Dong Ngoc Bich Ngan, the organizer’s marketing executive.

“Eight thousand contestants is really the limit for us to ensure smooth running of the event. Anything higher than that will likely result in things getting out of control,” Ngan explained.

For many participants, the highlight of the run was crossing the Phu My Bridge, a two-kilometer cable-stayed bridge that connects District 7 with District 2 and District 9, offering a spectacular view over the Saigon River.

“The Phu My Bridge is always a challenge. The feeling of finally conquering the bridge is so exhilarating for first-time contestants and veterans alike,” said Nguyen Anh Huy, a 27-year-old runner who had participated in HCMC Marathon for the second consecutive year.

The run that inspires

Apart from regular running distances, HCMC Marathon 2018 also featured special races for children and the disabled as a way of encouraging the public to take up running for a healthier lifestyle.

Running alongside handicapped runners on Sunday morning was Naoko Takahashi, a female Japanese long-distance runner widely known for her victory in the women's marathon at the 2000 Olympic Games in Sydney.

At the Games, Takahashi crossed the finish line in two hours 23 minutes and 14 seconds, a performance that held the Olympic record until 2012 in London.

Now at the age of 45, she joined other handicapped athletes in the five-kilometer race aimed at inspiring others to overcome their age and disabilities for the spirit of sports.

Among the disabled contestants was Nguyen Duc, who survived after being surgically separated from his conjoined twin brother Viet nearly three decades ago in a historic surgery that stunned medical experts at the time.

“These kinds of sporting events play a significant role in providing mental support for the unfortunate. I’m happy to be a part of it,” Takahashi said.