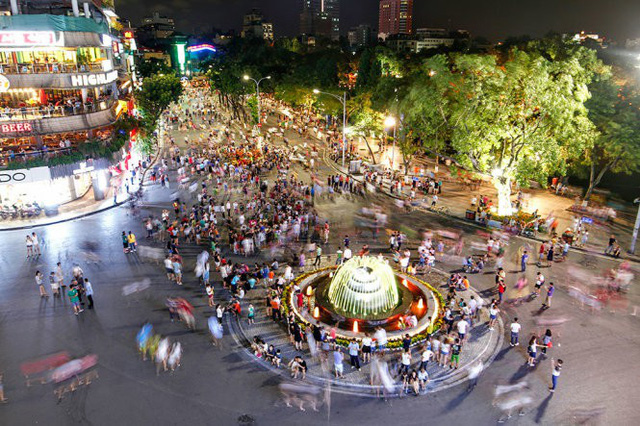 Hanoi will keep having its advertisements run on a major American news channel in 2018 as part of a large contract made two years ago, in a bid to attract more foreign visitors to the Vietnamese capital.

An official document by the Hanoi Department of Tourism said that the continuation conforms to a memorandum of cooperation and a $2 million agreement signed in 2016 by Hanoi and CNN, valid from 2017 through 2018.

On March 1, the department received a letter from CNN informing it of the broadcast schedule on CNN International of the advertisements, which are produced by the channel’s editorial staff and have the content checked by Hanoi.

The network is expected to show three 30-second advertisements of the city, namely Hanoi-Vietnam’s Heart, Hanoi-Cradle of Heritage and Hanoi-History, Culture and People.

They are broadcast in three periods, lasting from March 5 to December 23, on the CNN network covering the Asia-Pacific, Europe & the Middle East, North America and South Asia.

The minimum number of times of carrying the advertisements is 1,510.

One million dollars’ worth of advertising has been spent on the channel so far.

The remaining $1 million will be used to pay for promoting the image of Hanoi and its businesses, said Nguyen Duc Chung, chairman of the municipal People’s Committee.

The purpose is to draw international visitors to Hanoi and Vietnam, Chung added.