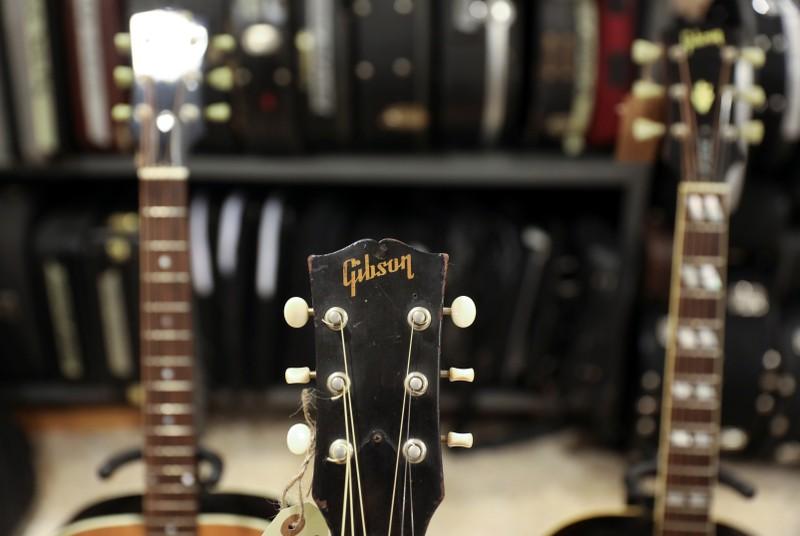 Gibson Brands Inc, the maker of guitars played by the likes of B.B. King and Elvis Presley, filed for Chapter 11 bankruptcy protection on Tuesday with a plan to reorganize its musical instrument business under the new ownership of its lenders.

Nashville-based Gibson, whose legendary brands include Les Paul and SG, has been suffering under $500 million in debt linked to the acquisition of its consumer electronics business overseas, where sales have been in sharp decline.

In a filing in U.S. Bankruptcy Court in Delaware, Gibson said the overseas consumer electronics business will be wound down, allowing it to re-focus on its core guitar-making and audio businesses.

“This process will be virtually invisible to customers, all of whom can continue to rely on Gibson to provide unparalleled products and customer service,” Chief Executive Henry Juszkiewicz said in a press release.

Gibson said sales of its electric guitars grew 10.5 percent to $122 million in the 12 months through January from a year earlier.

Gibson, founded in 1894, makes its electric guitars in U.S. factories in Nashville and Memphis, Tennessee and its acoustic guitars in Bozeman, Montana. It sells more than 170,000 guitars annually in more than 80 countries.

It bought the Hong Kong-based consumer electronics arm from Philips in 2014, and started to wind down the unsuccessful business — including formal liquidation proceedings in Hong Kong, the United Kingdom and six European countries — on April 30, according to court papers.

Gibson has secured $135 million in debtor-in-possession financing to fund its operations during the Chapter 11 proceedings. It plans to exit bankruptcy on Sept. 24.