Vietnam officially recognized December 12 as its annual ‘Day of Pho’ at the second gala celebration of the day in Hanoi on Wednesday.

Day of Pho (also called Pho Day) is an event held by Tuoi Tre (Youth) newspaper in celebration of the iconic Vietnamese dish now winning over the hearts and stomachs of foodies worldwide.

Following the inaugural event in Ho Chi Minh City in 2017, this year’s Pho Day was organized at AEON MALL Long Bien in Hanoi, the widely accepted ‘birthplace’ of pho.

The Gala also hosted an awards ceremony for two contests held in conjunction with this year’s event - one focused on contributions toward the development of ‘Day of Pho’ while the other was a writing competition titled ‘Ky uc ve Pho’ (Memories of Pho) organized by Tuoi Tre.

Prior to the gala, the second ‘Day of Pho’ was successfully held in Hanoi on Wednesday, attracting a number of visitors, despite cold weather and light rain.

Before Tuoi Tre, Japan had pioneered the idea of honoring Vietnam’s national dish by holding its own Day of Pho on April 4 annually since 2017. 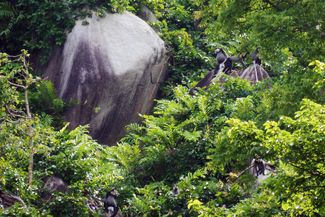 Donana National Park in southern Spain, home to many animal species and on the migratory route of millions of birds, is threatened by intensive farming

Vietnam and Thailand account for roughly 10% of global production of rough rice, and about 26% of global exports 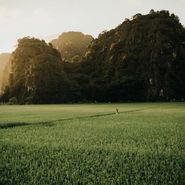