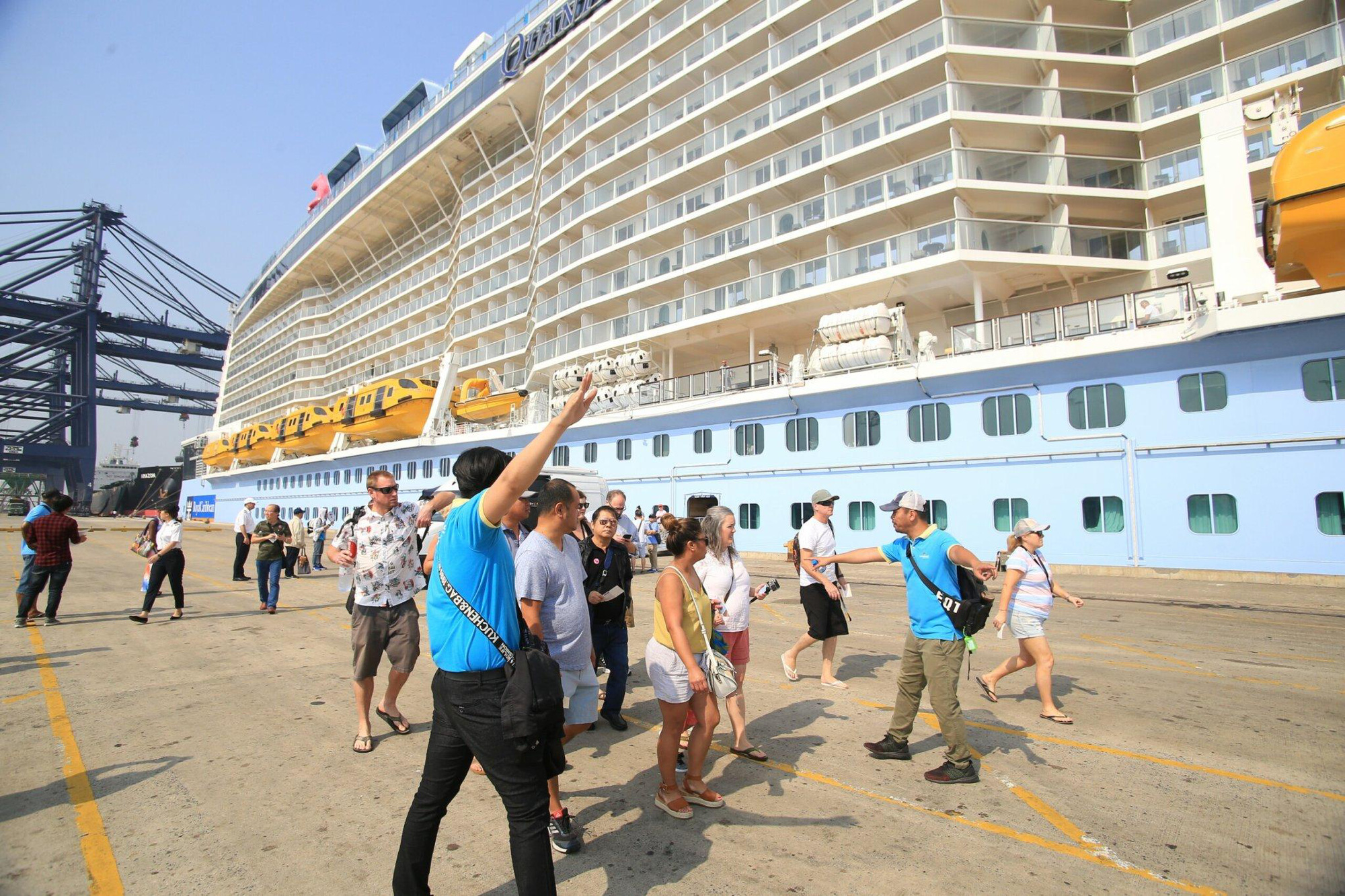 The five-star cruise ship Quantum of the Seas brought over 6,700 passengers and crew members to Ho Chi Minh City on Tuesday, marking the third cruise liner to have arrived in Vietnam in the first two weeks of 2020.

Vacationers aboard the Quantum of the Seas spent their time in southern Vietnam visiting attractions in Ho Chi Minh City and the neighboring beach province of Ba Ria – Vung Tau before departing for their next destination that same evening, according to travel company Saigontourist, the coordinator of the day-long program in Vietnam.

The cruise group’s itinerary included visits to the Cu Chi Tunnels, the Museum of Vietnamese History, the Reunification Palace, and the Saigon Central Post Office.

In Ba Ria – Vung Tau, visitors were introduced to the local distilling industry and participated in a rice paper making workshop with locals.

They also visited local religious attractions, including a 32-meter tall statue of Jesus Christ built atop a local mountain peak.

The stop in Vietnam was wrapped up in the evening of the same day as the cruise ship departed Phu My Port in Ho Chi Minh City at 7:00 pm.

This past weekend, on January 11 and 12, Saigontourist welcomed the Spectrum of the Seas – the Quantum of the Seas ‘sister ship’ – and its 6,750 international visitors and crew members to the central cities of Hue, Da Nang, and Hoi An as well as the south-central beach city of Nha Trang.

Just two weeks into 2020, Vietnam has already welcomed more than 16,500 international visitors and crew members from a total of three modern cruise ships, marking a great start to the new year in terms of cruise arrivals.

According to travel companies, international cruise passengers prefer activities where they can interact with locals, such as visiting traditional handicraft workshops, cooking classes, and tasting local cuisines.

Cruise arrivals account for less than two percent of all international tourists to Vietnam, but that figure has been on the rise.

However, this ratio remains low compared to the potential of Vietnam’s cruise tourism when taking into account its long coastline and world-famous beaches.