The Ministry of Transport was assigned record capital of some VND94.2 trillion (US$4 billion) in 2023

UK joining CPTPP a fundamental change to the bloc: minister

Captained by Commander Michael Proudman, this is the fourth British Royal Navy ship sent to Vietnam in the past five years

UK joining CPTPP a fundamental change to the bloc: minister

'It is a huge opportunity for Vietnam as a founding member' 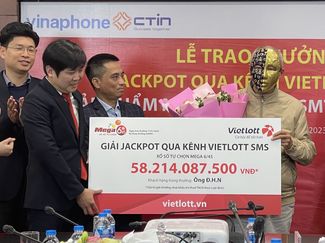 The marbles were rusty, causing serious intestinal damage to the baby

Humid weather in northern Vietnam to last until April

The death toll of a devastating earthquake in southern Turkey and Syria jumped to more than 7,800 people on Tuesday

The Year of the Tiger roared like no other