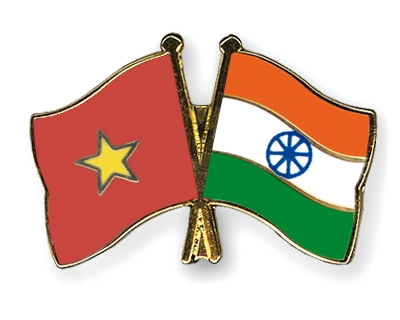 Vietnam highly values its strategic partnership with India and appreciates its role in maintaining peace, stability and cooperation in the region and the world at large, Foreign Minister Pham Binh Minh has said.

The FM made the statement at his meeting with Indian Prime Minister Manmohan Singh in New Delhi on Friday, part of his official visit to India from July 10-12.

During the meeting, Prime Minister Manmohan Singh said that India consider Vietnam a key to its “Look East” policy and that his country wishes to strengthen and expand its strategic partnership with Vietnam.

The Indian Prime Minister expressed his pleasure at the results of the 15th Vietnam-India Joint Commission meeting, asking both sides to put focus on key cooperation fields, including economics, science, technology, defense, security, education and culture.

He said that many Indian businesses wish to invest in Vietnam, so the opening of a direct flight route between the two countries will help boost their cooperation with their Vietnamese partners.

For his part, Foreign Minister Minh passed on greetings from Vietnamese high-ranking leaders to the Indian leader and repeated the invitation of Prime Minister Nguyen Tan Dung, hoping that Manmohan Singh will soon visit Vietnam.

On the same day, the FM delivered a speech on India-Vietnam relations and regional issues at the Indian Council of World Affairs (ICWA), which received the attention of various Indian scholars, researchers and the media. Earlier, the 15th meeting of the Vietnam–India Joint Commission, which was presided over by FM Minh and his Indian counterpart Salman Khurshid, was wrapped up on July 11 with many important results reached.

During the meeting, the two sides affirmed that they will strengthen their strategic partnership and diversify cooperation. They also agreed to promptly establish a Joint Sub-Committee on Trade and lift two-way trade to US$7 billion by 2015.