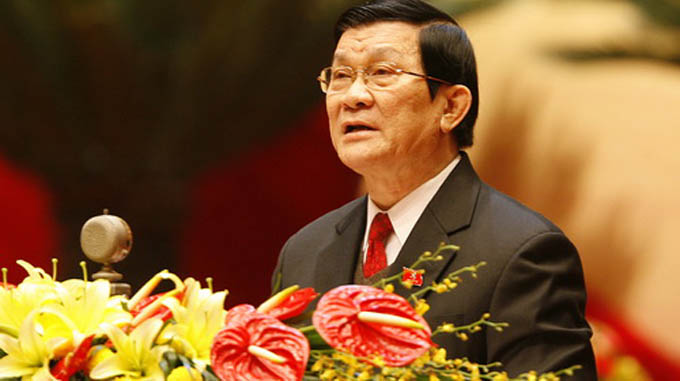 >> Russia-Vietnam: Together to New Cooperation Goals >> 15 cooperation deals to be signed during Putin’s Vietnam visit President Sang made the statement in an interview with the Russian News Agency Itar Tass on the third visit to Vietnam by President Putin on Tuesday. The Vietnam-Russia Strategic Partnership was established in 2001 and then upgraded into the comprehensive strategic partnership in 2012, Sang said, adding that the firm foundation has enabled bilateral relations between the two countries to improve in both scope and scale. As regards trade, Sang suggested that the two sides exert further efforts to negotiate and have an early signing of the Free Trade Agreement (FTA) between Vietnam and the Customs Union of Russia, Belarus and Kazakhstan. Two-way trade keeps increasing, with US$2.5 billion in 2012 and $1.8 billion in the first eight months of this year, but it remains at a modest level, accounting for a small portion in the total import-export turnover of each nation. Therefore, the FTA will serve as a breakthrough to help increase trade between Vietnam and Russia to $7 billion by 2015 and to a higher amount by 2020, Sang said. In recent years, the President said, the two countries have closely and effectively cooperated on many big projects to look for new oil and gas fields in offshore Vietnam and in Russian territory. The Vietnamese government will continue to provide favorable conditions to Russian oil and gas companies to expand gas, he added.  President Sang also said that military technical cooperation, a traditional activity between the two nations, is developing effectively. Being comprehensive strategic partnership members, the two nations have closely cooperated in every field with a high level of confidence, especially their fine relationship in national defense and security, he said.

Because of fast changes in the region and the world, the two sides need to further tighten their cooperation in the field of national defense and security so that they can contribute to economic development in each country while strongly promoting the development of the Vietnam - Russia comprehensive strategic partnership and actively contributing to peace, stability and sustainable development in Asia-Pacific and the world, the President said. With respect to Russia-ASEAN relations, President Sang confirmed that ASEAN always wants to promote and expand relations with other partners, including Russia, on the basis of friendship and equality in the interest of peace, stability and common prosperity. In reality, he noted, the ASEAN-Russian relationship has developed well in security, politics, economics, culture and development cooperation. President Putin's upcoming visit to Vietnam has a special significance towards bilateral relations, President Sang said, considering it a catalyst to promote the implementation of the comprehensive strategic partnership between the two countries. During the visit, the two sides will discuss and come to agreement on future orientations to ensure our cooperation stays on the path to high efficiency and quality. They will also review the implementation of agreements reached between Vietnamese and Russian senior officials. President Sang said that he will talk with his Russian counterpart about orientations and specific measures to lift cooperation between the two nations, including politics, economics, trade, investment, especially the oil and gas projects, the Ninh Thuan 1 nuclear power plant, military technical cooperation, and cooperation in technology, education and many others. “We will discuss international and regional issues of mutual concern,” Sang said, adding that he believes that the visit will take the strategic partnership between the two countries to a new height.