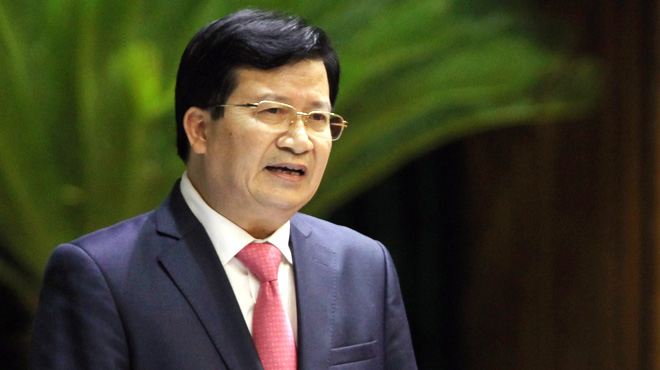 Priority areas of bilateral cooperation between Vietnam and Algeria have been outlined at the 10th session of their Intergovernmental Committee in Hanoi on Wednesday. The three-day session was co-chaired by Algerian Minister of Industry Development and Investment Promotion Amara Benyounes and Vietnamese Minister of Construction Trinh Dinh Dung. The event will play an important role in strengthening friendship and further boosting comprehensive cooperation between Vietnam and Algeria, Minister Dung said at the meeting. The economic relationship between the two countries has been developed vigorously, with a sharp increase of their two-way trade, he said. Vietnam earned almost US$150 million from export to Algeria last year, up over 30 percent from 2012, while spending about $3 million on imports from the country, according to the General Department of Vietnam Customs. The joint venture between the PetroVietnam Exploration Production Corporation with its Algerian partners has operated efficiently and is expected to exploit oil officially by the year-end. Other cooperation fields such as industry, aquaculture, information and communications and tourism have also been continuously expanded. Meanwhile, Benyounes commented that the bilateral cooperation between the two governments has boosted the comprehensive cooperation between the two countries. However, the Algerian official noted that the two-way trade between Algeria and Vietnam is still falling short of their potential. He also said Algeria is seeking to attract foreign investment in exploiting oil and producing agricultural products. During the meeting, the two sides will focus on measures to promote cooperation in trade investment, oil exploitation, agriculture, construction, health and education. Vietnam and Algeria, a country in the Maghreb region of North Africa on the Mediterranean coast, established diplomatic ties in 1962.

She is the only health minister without medical experience in history