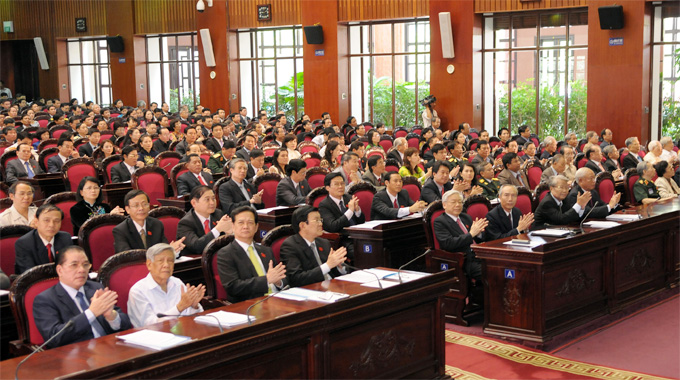 The seventh session of the Vietnamese National Assembly (NA) is scheduled to open on May 20, during which NA deputies will pass 10 laws and two resolutions, discuss 18 bills, and conduct question-and-answer sessions.  The above agenda was announced at a meeting of the NA Standing Committee in Hanoi on Tuesday under the chair of NA Chairman Nguyen Sinh Hung.

In addition, during the 29-day sitting, Vietnamese law-makers will give their opinions on 18 draft laws and spend two days and a half on question-and-answer sessions.

NA deputies will not conduct votes of confidence in this session, but they will instead discuss a draft resolution on the amendments and supplements to Resolution No. 35/2012/QH13 on votes of confidence on positions elected or approved by the National Assembly or local People’s Councils.

NA Chairman Hung urged the parliament's concerned bodies to perfect additional reports on the enforcement of the revised Constitution, external affairs, and the negotiation and signing of economic and trade deals before submitting them to the NA in the upcoming session for consideration.