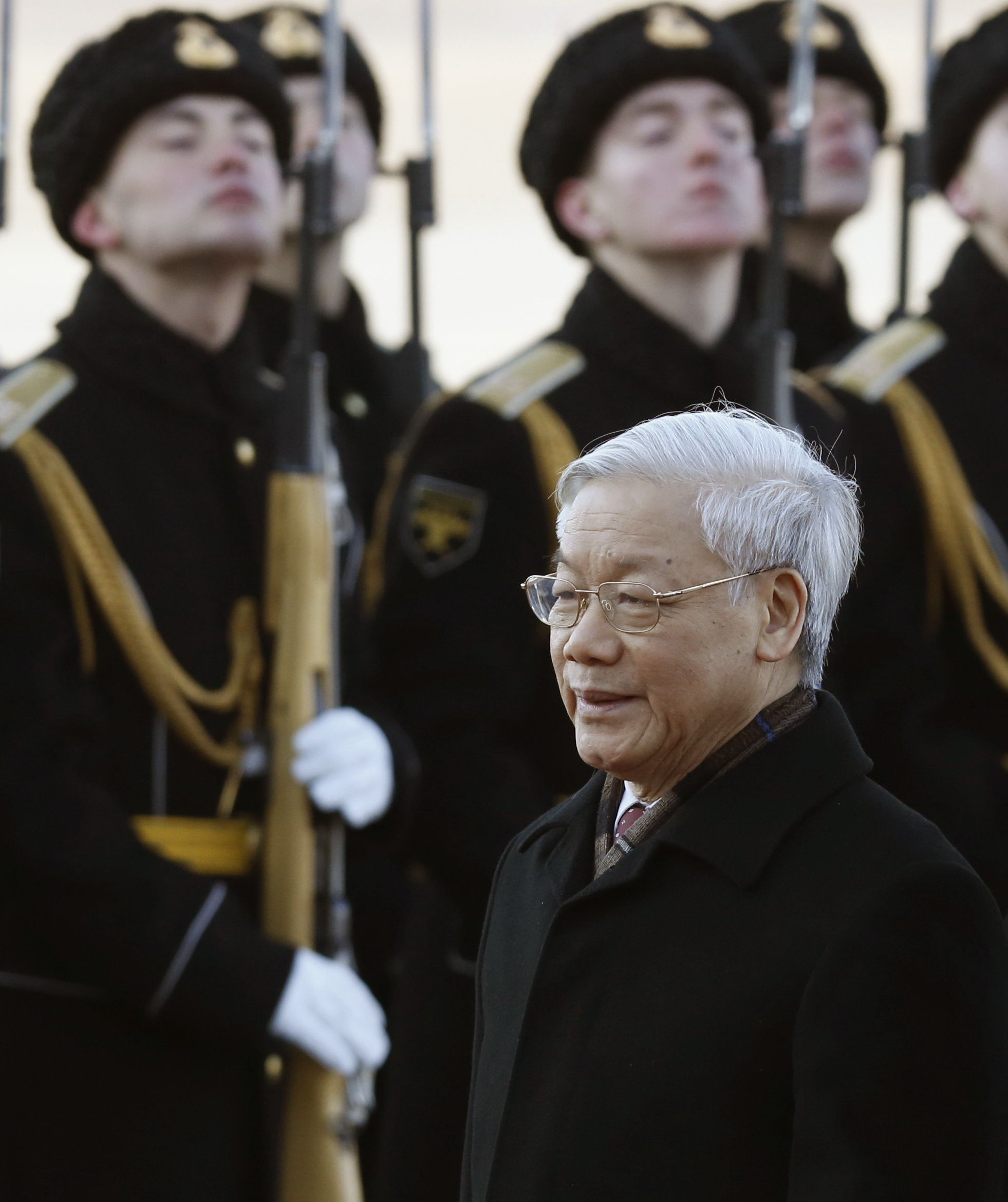 Vietnam’s Party General Secretary Nguyen Phu Trong and the leaders of Russia's upper and lower houses of parliament have agreed to take measures to boost the comprehensive strategic partnership between the two countries.

>> Vietnam, Russia pledge to conclude FTA talks in early 2015 The agreement was made during General Secretary Trong’s separate meetings with Chairwoman of Russia’s Federation Council (Upper House) Valentina Matvienko and the Acting Chairman of the Russian State Duma (Lower House) Ivan Ivanovich Melnikov in Moscow on Monday. The guests applauded Trong’s visit, considering it a landmark for the bilateral relations between the two countries, contributing to deepening the strategic cooperation between Vietnam and Russia.

Besides discussing the current situation of their countries and the bilateral relations, the two sides shared opinions about  regional and international issues of mutual interests.

Through high-ranking visits of leaders from both sides, the Vietnam-Russia relations in general as well as the relations between the two national assemblies in particular have developed steadily, both host and guest agreed. The two sides noted that the Vietnamese National Assembly has signed cooperation agreements with the Russian Federation Council and the Russian State Duma, creating an important legal foundation for the enhancement of bilateral cooperation. They agreed to implement cooperation agreements soon through action plans among parliamentary friendship groups, boost exchanges between high-ranking officials and committees, and strengthen supervision of the implementation of agreements signed between the two governments. Both sides also pledged to support negotiations on the signing of a free trade agreement between Vietnam and the Customs Union of Belarus, Kazakhstan and Russia.

Regarding the East Sea issue, the Russian legislators agreed with Party General Secretary all disputes need to be solved by peaceful measures, based on international law including the 1982 United Nations Convention on the Law of the Sea (UNCLOS).