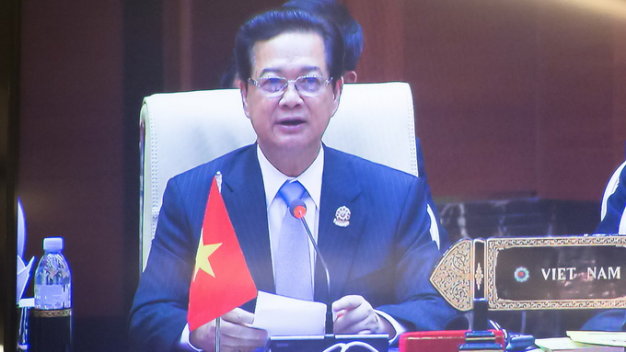 Vietnam’s Prime Minister Nguyen Tan Dung will pay a visit to the Republic of Korea (RoK) and attend the ASEAN-RoK Commemorative Summit there from December 10 to 12.

The PM’s trip will be made at the invitation of RoK President Park Geun-hye, according to the Vietnam News Agency.

His visit is aimed at boosting the bilateral comprehensive cooperation between Vietnam and the RoK, while the summit is to mark the 25th anniversary of ASEAN-RoK Dialogue Relations.

The RoK and ASEAN, whose relationship was upgraded to strategic partnership in 2010, have continuously boosted their dialogue ties.

In its relation with Vietnam, the RoK is now the second largest Official Development Assistance (ODA) provider for Vietnam, with a total commitment of US$1.2 billion in 2012-2015.

Last month, the RoK Government agreed to fund most of the $6.5 million project of green urban planning in two Vietnamese localities: the northern province of Thai Nguyen and Rach Gia city in the southern province of Kien Giang.

The funding, which has been approved by the RoK Ministry of Finance, will be made through the World Bank and the capital disbursement will be made in June  2015 at the latest, said Kim Sik Hyon, Deputy Chief Representative of the Korea International Cooperation Agency (KOICA) in Vietnam.