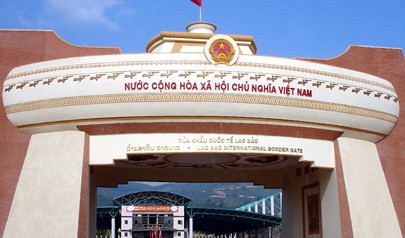 Vietnam-Laos border marker planting to be completed this year: officials

Vietnam and Laos have agreed to complete the planting of more markers along their shared borderline and upgrading of existing border markers in 2015, the officials in charge from both sides have agreed. The agreement was reached by Vietnam’s border delegation and their Lao counterparts at their 24th annual meeting held in Vientiane, Laos, from February 10 to 12, according to the Vietnam News Agency. The Lao delegation is led by Saleumxay Kommasith, Deputy Minister of Foreign Affairs and Head of Laos-Vietnam Border Committee, while the Vietnamese delegation was headed by Deputy Minister of Foreign Affairs and Head of the National Border Committee Ho Xuan Son. The two sides reviewed the implementation of the Vietnam-Laos Agreement on National Border Regulations and the project on planting and upgrading national border markers. They also assessed the outcomes of the governmental-level agreement on solving unplanned migration issues and unregistered marriages. Both sides pledged to step up coordination to combat trans-border crimes, especially drug crimes, to improve border management. The host and guest shared the view that the stable situation and good social order in border areas over the past few years have created good conditions for economic-social development and ensured national defense of both nations.