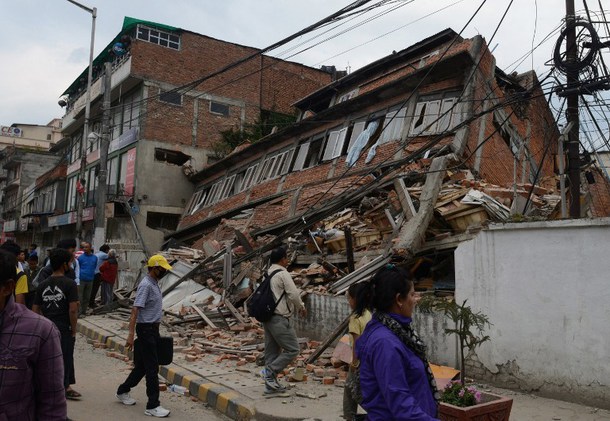 The Vietnamese Government has decided to give an emergency aid of US$50,000 to Nepal to help the South Asian country mitigate the aftermath of the April 25 devastating earthquake, Vietnam’s Ministry of Foreign Affairs said on Friday. A special mission from the Vietnamese Embassy in India has arrived in Nepal’s capital Kathmandu to support several groups of Vietnamese people who have moved to safe locations and are waiting for flights to return to Vietnam, the ministry said. The mission is trying its best to help these Vietnamese citizens get air tickets to Vietnam as soon as possible. The mission's members are contacting with other groups of Vietnamese in Nepal and asking them to move to Kathmandu soon.

As for groups of Vietnamese of whom the information is insufficient, the mission is seeking more information about them thorugh different chanels and is ready to support them when necessary,  the ministry said.Reuters on Saturday reported that the death toll from last week's 7.9-magnitude earthquake in Nepal has amounted to 6,250. The death toll could rise further, as bodies are still being pulled from the debris of ruined buildings, Reuters said, adding that thousands of others were still missing as food and help began to trickle through to those stranded in remote areas. "We are trying our best in rescue and relief work but now I don't think that there is any possibility of survivors," AFP quoted Nepalese Home Ministry spokesman Laxmi Prasad Dhakal as saying.