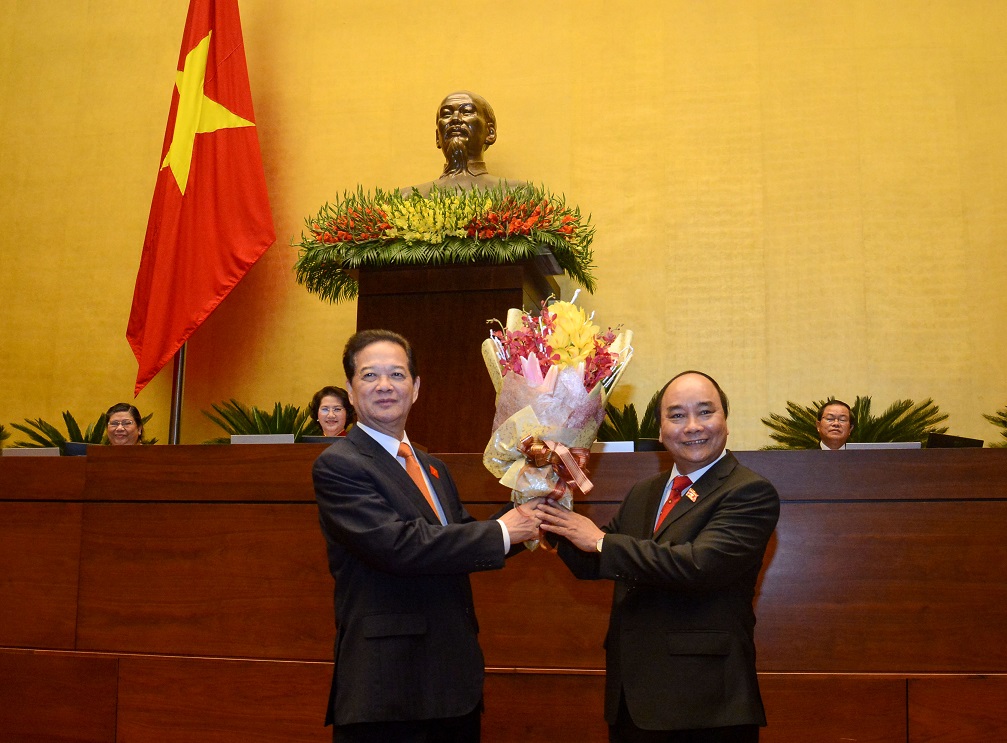 The newly elected Vietnamese prime minister swore to carry out the battle against corruption and wastefulness in the country after his appointment to the position on Thursday.

Fighting these ills is among the six essential missions that Nguyen Xuan Phuc, elected the head of government for the 2016-21 tenure by the National Assembly on Thursday, has promised to focus on during his term.

“I acknowledge that this is a highly demanding responsibility entrusted by the Vietnamese Party, state, and people,” Phuc said in front of members of the legislative body following his appointment.

He extended his gratitude toward lawmakers and promised to continue to magnify Vietnamese traditions as well as the accomplishments attained by the former head of government.

The prime minister vowed to fulfill his duties and missions, comply with the constitution and law, and build a powerful government dedicated to serving the citizens.

The nation’s existing shortcomings and limitations will be addressed, while reform efforts and international integration will be strengthened to meet the country’s socio-economic development objectives, according to Phuc.

He said that focus would be directed toward the elimination of corruption and wastefulness as well as the protection of national independence and territorial sovereignty.

The macro-economy will be stabilized to boost economic growth and reform efforts for administrative management will be carried out to provide favorable conditions to citizens and businesses.

In addition, discipline in the state’s administrative system and in society will be cemented while living condition enhancement and security assurance will be improved, according to the new prime minister.

The government will prioritize supporting citizens living in localities devastated by natural disasters, drought, and sanitization, as well as preventing epidemics and ensuring food safety.

Nguyen Xuan Phuc won a 90.28 percent approval vote to become the Vietnamese prime minister for the 2016-21 term before making an oath of allegiance to the country, people, and constitution.

Born in 1954 in the central province of Quang Nam, Phuc previously assumed top positions in Quang Nam’s administration and Party Committee, serving as Minister-Chairman of the Government Office, and working as Deputy Government Inspector General.