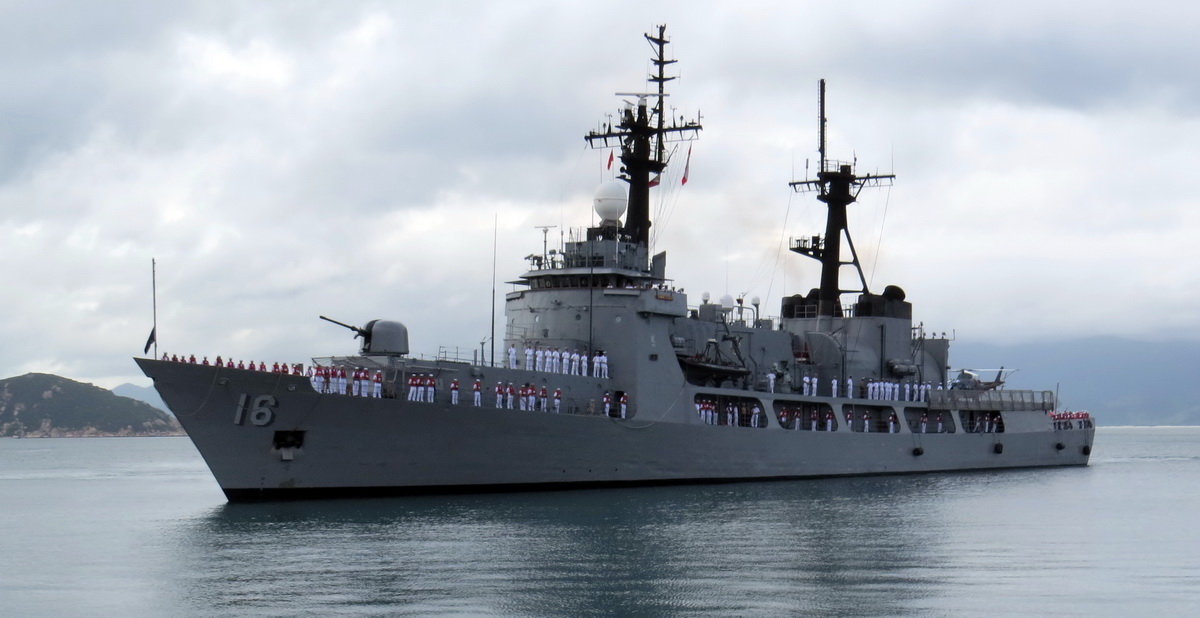 A warship of the Filipino naval force has been welcomed in the south-central Vietnamese province of Khanh Hoa.

The trip is aimed at strengthening the relationship and cooperation between the Vietnamese and Filipino navies as well as the two nations in general.

During their stay in the south-central Vietnamese province, crew members of the FF16 are scheduled to meet with leaders of the provincial People’s Committee and join their counterparts from Vietnam’s 4th Regional Command in search and rescue exercises.

The FF16 is one of the largest frigates of the Filipino naval force, measuring 115 meters long, 13 meters wide, and weighing 3,250 metric tons.

With two engines running on diesel and two turbine systems, the warship can reach a maximum velocity of 54 km per hour and is suitable for several-day long sea patrols in any weather conditions.

Officers from the Filipino navy pose with their Vietnamese counterparts following their arrival at the seaport. Photo: Tuoi Tre