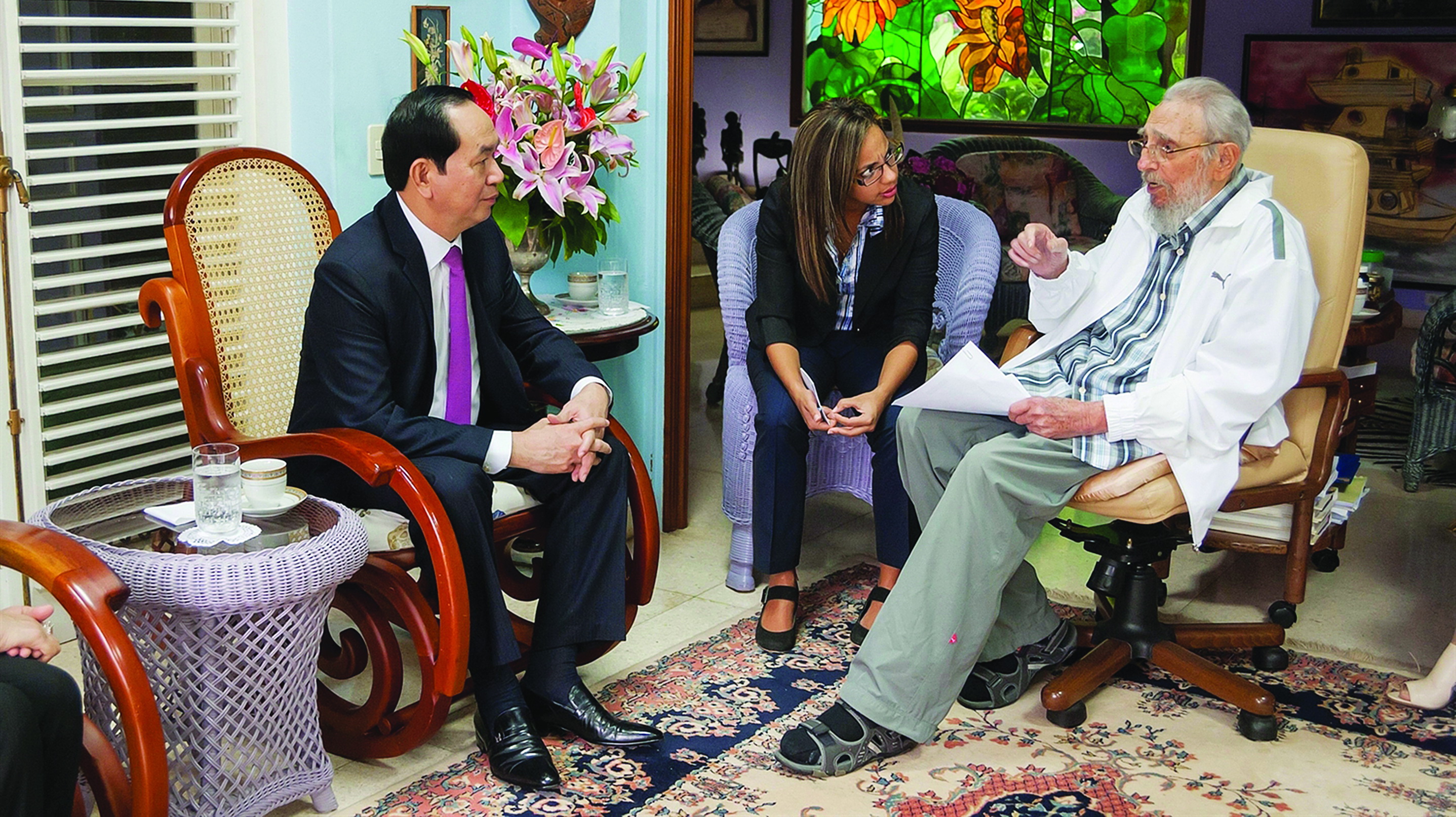 ‘2:45 pm – personal errand,’ reads the agenda of the Vietnamese head of state on the first day of his visit to the Caribbean country between November 15 and 17, 2016.

Few members of the president’s entourage knew at the time that the ‘errand’ he was running was a visit to meet late Cuban leader and figurehead Fidel Castro.

Meeting with Castro at his residence in Havana, the Cuban capital, was the first thing President Quang did on his first official visit to Cuba as head of state.

To meet with Castro was an honor in itself, not only because he had been an important figure and a beacon of revolution, but also because the man’s health had been on the decline since a tumble in 2004, followed by stomach surgery in 2006.

The meeting was also historic because of the fact that it was the last meeting between a Vietnamese leader and Castro, a life-long friend of Vietnam.

Sitting in a padded office chair in his iconic jacket, trousers, socks-and-sandals on a breezy Havana afternoon, Castro greeted the Vietnamese leader with a gentle smile hidden behind his grey beard.

Inquiring as to the the status of Vietnam’s socio-economic development, Castro showed particular interest in the agricultural sector, where the two countries were cooperating on multiple projects.

“The people of Vietnam must be leading a much better life than they did on my last visit,” Castro said after he reported on the accomplishments of Vietnam’s reform efforts and the developmental objectives of the Communist Party of Vietnam.

Age may have gotten the better of Castro’s health, but it did not take away his sense of humor, as the Cuban revolutionary icon still managed to lighten up the room with a witty reply to a gift from President Quang.

“This is the young me; I’m a lot different now,” Castro said after being presented with a gem-studded portrait of himself made by Vietnamese artisans.

The hour-long meeting only ended when President Quang, concerned about Castro’s health, bid goodbye to the Cuban revolutionary figurehead at the reluctance of both parties.

Neither of them would have sensed that it would be their last conversation.