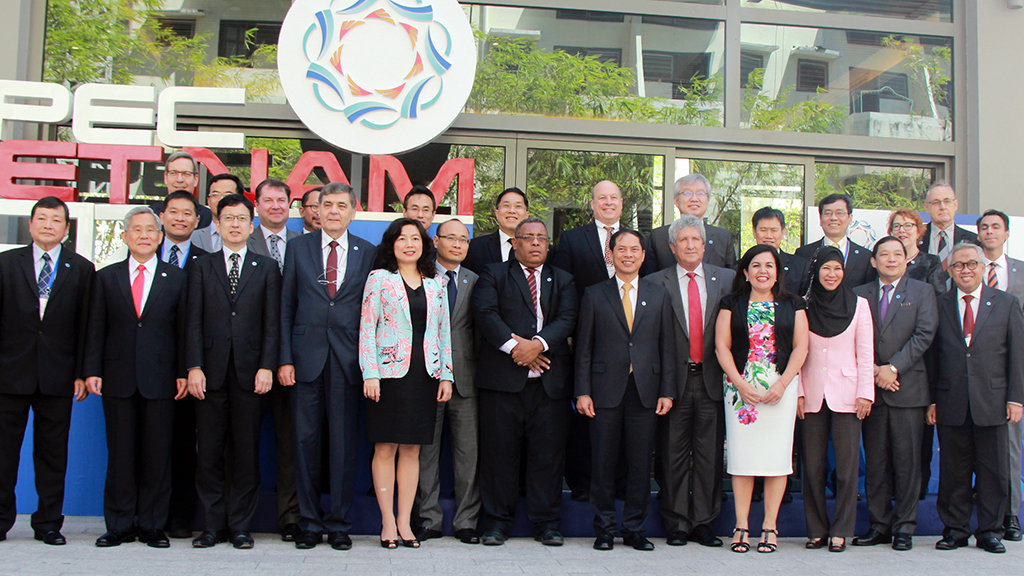 The 2017 Asia-Pacific Economic Cooperation (APEC) Forum is expected to turn hardships into motivation for development, according to Vietnamese Deputy Minister of Foreign Affairs Bui Thanh Son.

The first APEC Senior Officials Meeting (SOM 1) kicked off in Nha Trang, a famous beach city located in the south-central Vietnamese province of Khanh Hoa, on Thursday morning, with the attendance of delegates from 21 member economies.

Prior to the event, a series of nearly 50 meeting sessions had been convened since February 18, aimed at a tackling a variety of issues relating to free trade policies, climate change, and assistance for small-scale businesses.

“All APEC member economies are concerned that the benefits of globalization will not be equally distributed,” the Vietnamese diplomat stated.

Despite concerns, Deputy Minister Son affirmed that the Asia-Pacific region remains an engine of economic growth and integration, as well as a pioneer in advancing trade and investment liberalization.

“APEC has all the resources, potential, and capabilities to overcome these challenges and turn them into impetus for future growth and development,” Son asserted.

The SOM 1 includes a series of meetings, conferences, and discussions organized to determine the primary topics to be discussed during the upcoming APEC forum.

The event is scheduled to conclude on Friday.

Vietnam joined the forum in 1998 and successfully chaired APEC 2006.  The Southeast Asian country is scheduled to host the 2017 gathering in the central city of Da Nang in November.