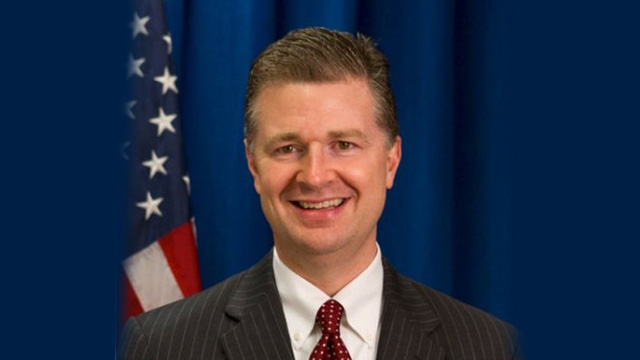 The U.S. Senate on Thursday confirmed Daniel Kritenbrink, a career member of the Senior Foreign Service, to be the U.S. ambassador to Vietnam.

The nomination was made at a Senate confirmation hearing on Thursday morning (local time), according to an agenda posted by the U.S. Senate Committee on Foreign Relations.

More than two dozen nominations for U.S. ambassador posts in other countries were made at the same meeting.

Osius recently announced plans to remain in Vietnam and work within the education sector after his ambassadorship ends. The outgoing ambassador met Ho Chi Minh City chairman Nguyen Thanh Phong and bid his farewell to municipal leaders on October 23.

Following Trump’s official announcement, ambassador Osius shared on Facebook that he has known Kritenbrink for decades and “can’t think of a better diplomat to build on the positive momentum of the current U.S.-Vietnam relationship.”

Kritenbrink, a career member of the Senior Foreign Service, class of Minister-Counselor, has served as an American diplomat since 1994, the U.S. Embassy in Hanoi said in a press release.

He is currently the Senior Advisor for North Korea Policy at the Department of State.

A former Deputy Chief of Mission in Beijing, China, Kritenbrink has held senior leadership positions at the Department of State and served as a Senior Director at the National Security Council.

He has two decades of experience overseas and in Washington working on Asian affairs as a policy maker, analyst, and practitioner.