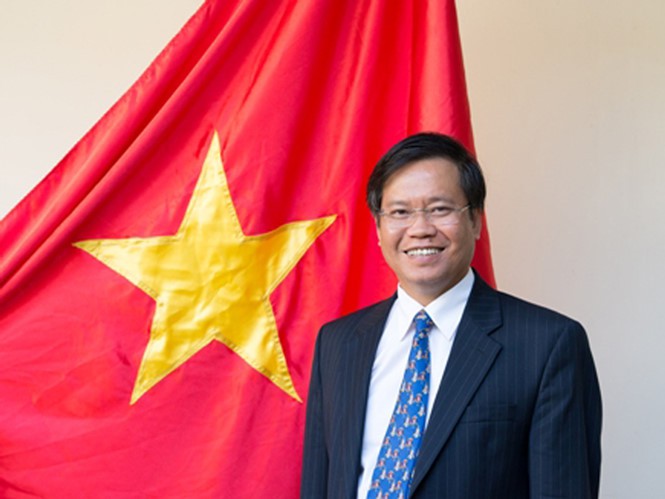 The ASEAN Coordinating Council approved the appointment of seasoned Vietnamese diplomat Hoang Anh Tuan to the office of Deputy Secretary General for its Political-Security Community on Sunday.

Tuan will hold office for four years between 2018 and 2021, replacing outgoing Singaporean diplomat Hirubalan V P, who will conclude his tenure on February 14, 2018.

The decision was made at a meeting of ASEAN foreign ministers in Manila, the Philippines on Sunday morning, approving Vietnam’s nomination of Tuan for the post.

The bloc works to facilitates economic, political, military, educational and cultural integration amongst its members as well as with other countries.

The ASEAN Political-Security Community (APSC), established in 2009, “aims to ensure that countries in the region live at peace with one another and with the world in a just, democratic and harmonious environment”, according to its blueprint.

When he takes office in 2018, Tuan will be tasked with supporting the Secretary General in strengthening relations with ASEAN Dialogue Partners and the international community.

“I am ready to take on a new job, a new challenge as a Deputy Secretary General of ASEAN,” Tuan wrote in a Facebook post on Sunday after learning of his appointment.

Tuan, 52, stepped into diplomacy in 1991 as a research fellow at the Ministry of Foreign Affairs’ Diplomatic Academy in Hanoi.

He earned his PhD in international relations in 2003 at the Fletcher School of Law and Diplomacy at Tufts University, in the U.S.

During his tenure in Indonesia, Ambassador Tuan has played a crucial role in the release of thousands of Vietnamese fishermen held captive for fishing in Indonesian waters since 2015.