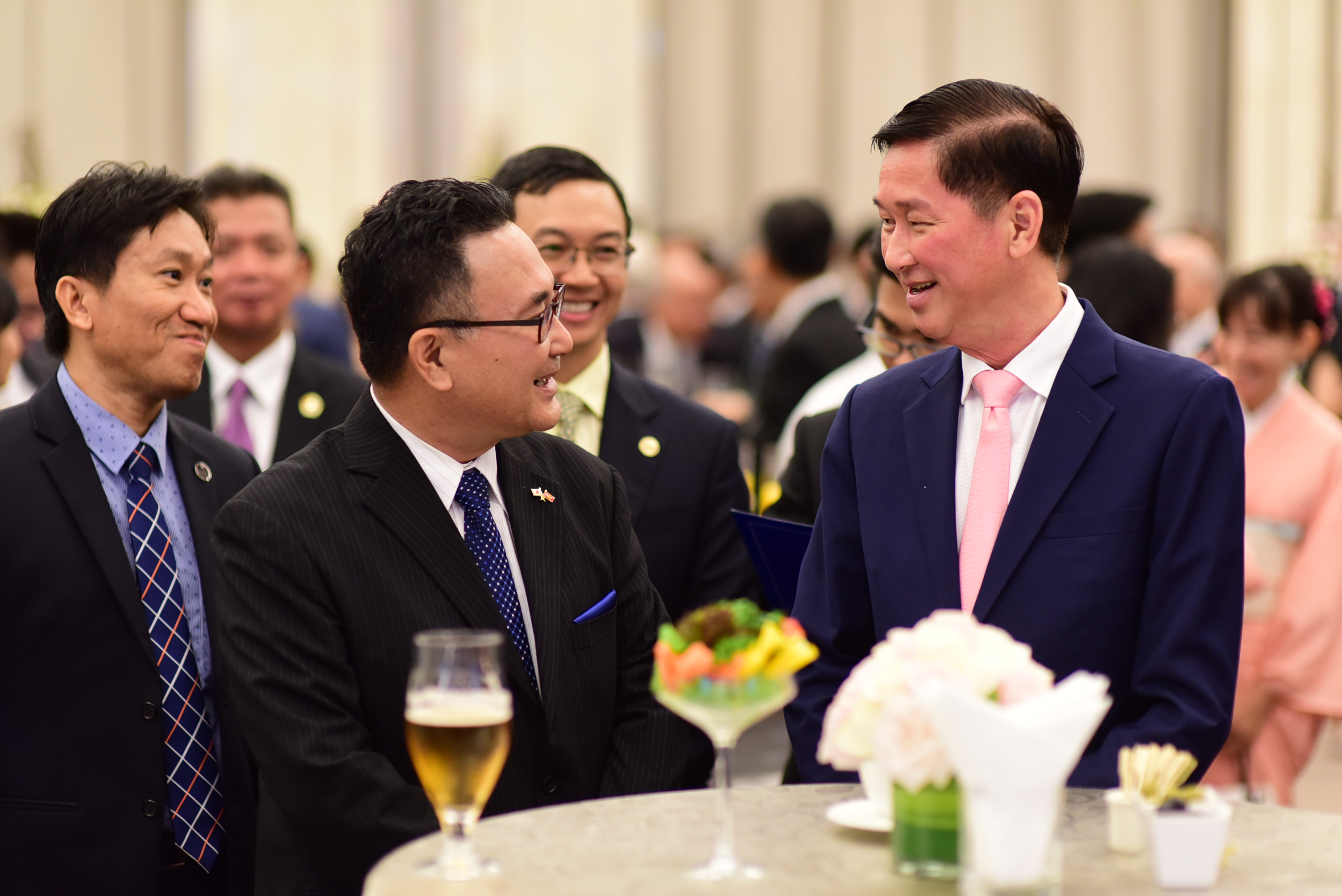 The Consulate General of Japan in Ho Chi Minh City on Wednesday held a reception to celebrate the 84th birthday of Emperor Akihito.

The reception featured a speech and congratulations to the Consulate General of Japan and to the Japanese people by Ho Chi Minh City deputy chairman Tran Vinh Tuyen .

Emperor Akihito’s 84th birthday was a final celebration to close out a year marked by historic milestones in the relationship between Japan and Vietnam, Japanese Consul General Kawaue Junichi said at the reception.

Emperor Akihito was born in 1933, the year of the Fire Rooster.  This year fits the same symbol.

“This year’s celebration of H.M. the Emperor’s birthday is of great significance for the two countries’ peoples, as the Emperor and Empress of Japan visited Vietnam for the first time ever this year,” Tuyen told officials and guests at the ceremony.

The Japanese Emperor and Empress touched down in Vietnam in February for a trip to Hanoi and the central city of Hue.

“During their stay, Their Majesties were enthusiastically welcomed by the people of Vietnam,” Consul General Kawaue, now in his first term in Ho Chi Minh City, remarked.

“I firmly believe that Their Majesties’ state visit further deepened our relationship.”

The Emperor and Empress’s trip to Vietnam was one of a series of high-level visits by leaders of the two countries.  Local governments from both countries also held exchanges throughout the year.

Next year will commemorate the 45th anniversary of diplomatic relations between Japan and Vietnam and a number of events are scheduled to take place.

“Japan and Vietnam are strengthening their relationship every year,” the consul-general commented. “Japan is committed to be a reliable partner of Vietnam.

“I sincerely hope our two countries will work together towards the regional peace and prosperity our strategic partnership is intended to create.”

With a total investment of over US$3.8 billion, Japan is the fourth largest of the 92 countries and territories currently investing in Ho Chi Minh City.