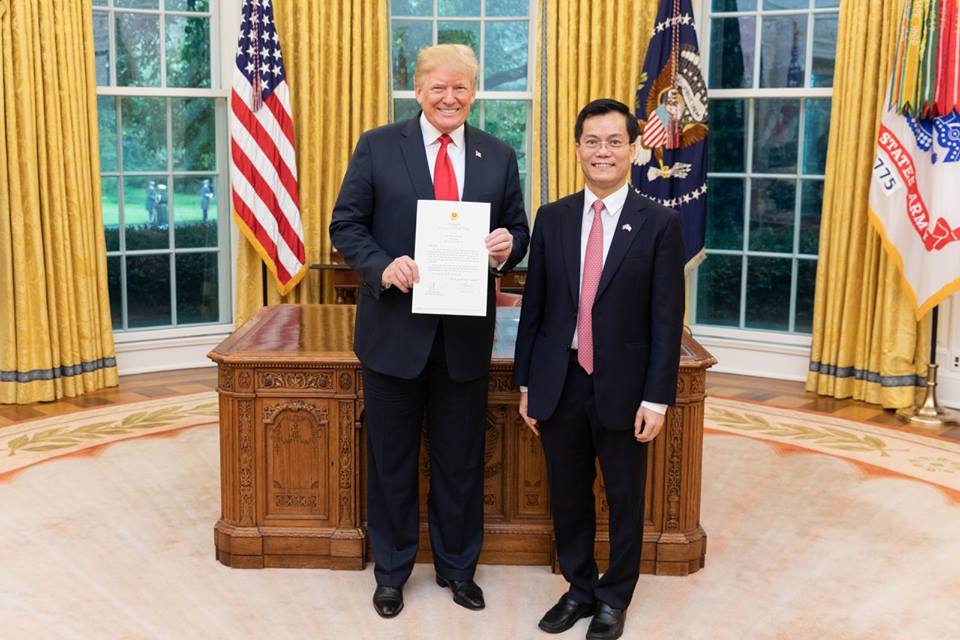 During the reception, President Trump welcomed Ngoc and his family to the country and wished him a successful term.

The U.S. leader praised the recent developments of the Vietnam-U.S. comprehensive partnership and extended his greetings to Vietnamese leaders and people.

He took the occasion to thank the warm welcome by the Vietnamese state and people during his visit to Vietnam and attendance at the Asia-Pacific Economic Cooperation (APEC) Leaders’ Meeting in November 2017.

The Vietnam-U.S. comprehensive partnership is developing strongly and actively thanks to mutual understanding and effective cooperation across multiple fields, in both bilateral relations and international issues of mutual concerns, the diplomat said.

Vietnam is willing to work with the U.S. to boost win-win cooperation, for the interests of their peoples, and for peace, stability, cooperation and development in the region and the world, he asserted.

Ngoc was born in 1963 in Hanoi and holds a master’s degree in international relations. His diplomatic career began in 1988.

In March, State President Tran Dai Quang appointed Ngoc as the new Vietnamese Ambassador Extraordinary and Plenipotentiary to the U.S. for the 2018-21 tenure.

He was the country’s deputy minister of foreign affairs from May 2013 to July 2018.

The diplomat is fluent in English and is married with two children.