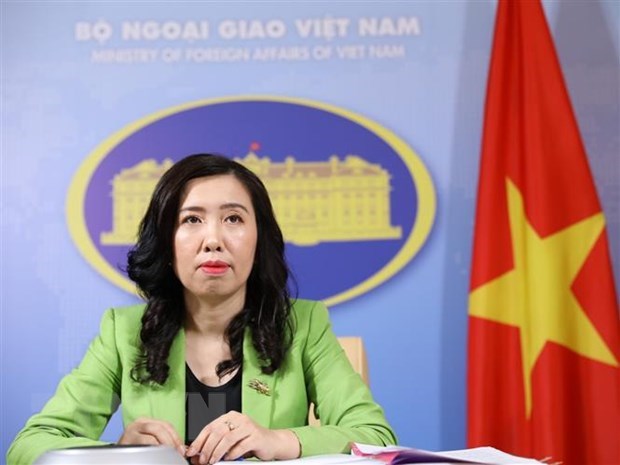 Amid the current regional and international context, Vietnam urges parties not to take any actions that would further complicate the situation in the East Vietnam Sea, the foreign ministry's spokesperson Le Thi Thu Hang said Thursday.

Regarding the information, she reiterated that Vietnam has sufficient historical evidence and legal basis to assert its sovereignty over the Hoang Sa (Paracel) and Truong Sa archipelagoes in accordance with international law.

“All activities of the parties in these two archipelagos without the permission of Vietnam are null and void”, the spokesperson affirmed.