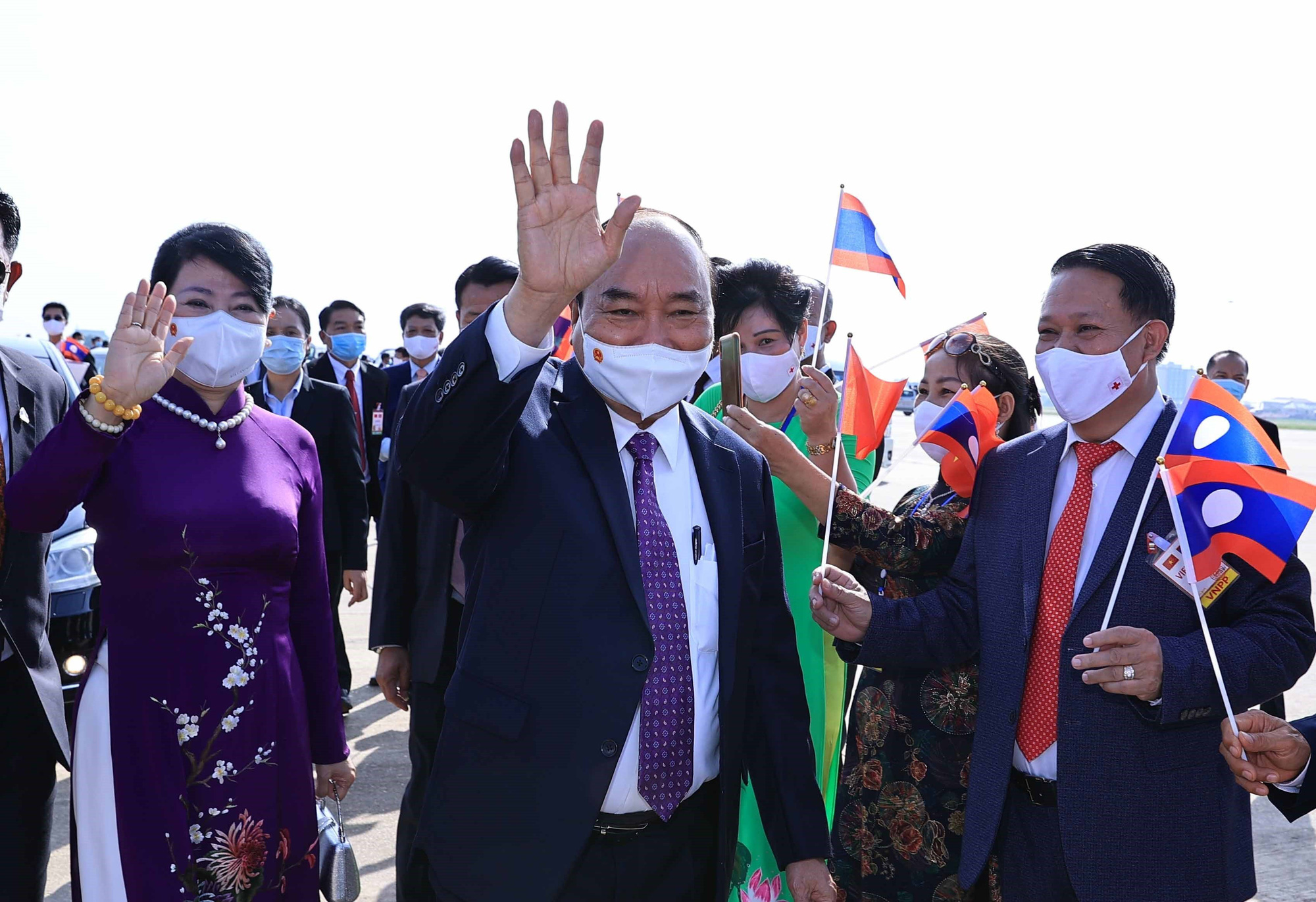 Vietnamese State President Nguyen Xuan Phuc has arrived in Laos for an official friendly visit at the invitation of his Lao counterpart Thongloun Sisoulith.

The head of state, his spouse, and a delegation of high-ranking Vietnamese officials left Hanoi for Vientiane on Monday morning, the Vietnam News Agency reported.

The visit, which takes place on August 9 and 10, is State President Phuc’s first overseas trip since his appointment on July 26.

Following his arrival at Wattay International Airport, the Vietnamese leader was welcomed by Deputy Prime Minister and Minister of Planning and Investment of Laos Sonexay Siphandone, Vietnamese Ambassador to Lao Nguyen Ba Hung, and representatives from a number of Lao agencies and the Vietnamese community in the country.

The two leaders will witness the signing of many important cooperation documents in various fields.

The Vietnamese state leader will meet with the prime minister, National Assembly chairperson, and a number of former Party and state leaders of Laos.

He will deliver an important speech at the Lao National Assembly’s first plenary session, and attend a ceremony to hand over the NA House – a gift of the Party, State, and people of Vietnam – to Laos.

The visit is hoped to further deepen the two nations’ traditional friendship and special solidarity, as well as open up new prospects and goals in bilateral cooperation.