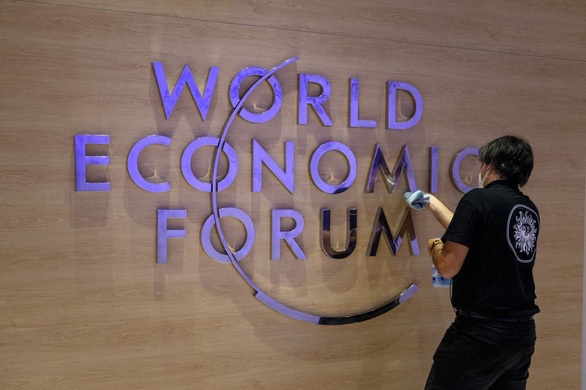 Davos, the Alpine resort, attended by the gilded crowds of the World Economic Forum (WEF) is a bacchanal that now seems antiquated, if not obsolete.

The World Economic Forum is all about making money. Profit and loss are more important than anything else and in this respect, Vietnam is the real thing. Some even whisper that this is the decade where it will surpass Thailand in gross domestic product (GDP).

At least in the predominantly Asian circles in which I moved, the constant refrain was: “I wonder what the Vietnamese are doing or planning about this…”

Indeed, the hardy Indochinese nation seems to figure in virtually every discussion about supply chains, electric batteries, and technology with policy-makers elsewhere in the region trying to figure out Vietnam’s next move.

However, it would be too simplistic to leave any discussion of Vietnam just at its growing industrialization. Dominating the conference were two major themes, the global food crisis and China’s mounting strength, where global leaders could learn from Vietnam.

Looking at food, the figures are terrifying.

Vietnam, however, is well positioned to ride out the crisis. Decades of investment in agriculture means that almost uniquely in the region, it is a large net exporter of agricultural products. Vietnam is now the larder of Southeast Asia.

While Vietnam's rural policies (irrigation, dam-building, road construction, and agricultural training programs) cannot be duplicated overnight, countries conscious of the future would do well to learn from them.

The contrast between it and, for example, the Philippines, where decades of underinvestment means that it imported 24.9 percent of its food in 2021, could not be stronger.

As for dealing with China, perhaps no country has greater historical experience dealing with it. Subject to repeated invasions, Vietnam has good reason to be wary of China.

However, Vietnam's proximity also gives it a unique insight into China's culture and history, to say nothing of the ongoing party-to-party links. It also means Vietnam has long accepted China has to be dealt with as a geopolitical and economic fact of life.

The world would do well to learn from this careful balancing of caution and accommodation. As things stand the West, unused to having to deal with China as an equal, is responding to its rise with rather hysterical threats of economic decoupling.

U.S. Commerce Secretary Gina Raimondo recently urged Congress to incentivize American semiconductor manufacturing, warning that its reliance on Taiwan (whose future remains a massive question mark), which supplies as much as 70 percent of its sophisticated computer chips, was untenable. Instead, America must make its own.

Whether a liberal White House will truly embrace isolationism is debatable. But what ought to be clear is that even America may not be a reliable customer or trade partner for Asia, regional and global supply chains become the norm thanks to industrial policies in Europe and the U.S. aimed at securing control of vital technologies.

Yet, the consequences of such a policy would be disastrous for both Southeast Asia and the West's own interests.

The region's wealth has been built largely by exporting to the West. If foreign demand and investment were to disappear, who would step into the gap other than China?

Instead, the West would do well to do as Asians do and look to Vietnam. China is not something that can be wished away but instead must be handled wisely, and without precipitate actions.