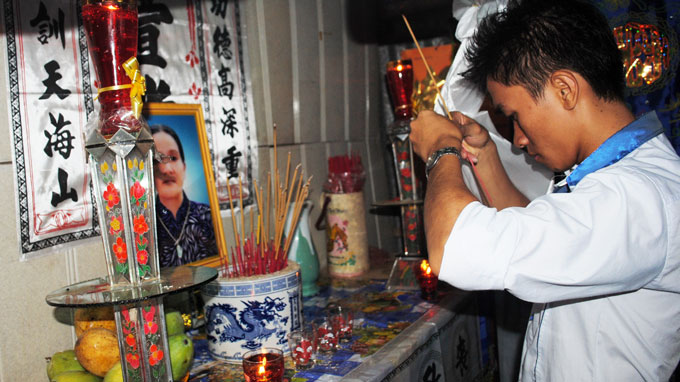 The Party cell members in the neighborhood of Nguyen Thi My Nhan, who committed suicide over a week ago after trying desperately to be listed as a poor household to borrow money for her kids’ schooling, once more refused to give her family the recognition.

Nhan, a 48-year-old poor, sickly woman, hung herself at her home in southernmost Ca Mau province’s An Xuyen commune on April 24 after trying in vain for a long time to obtain a book recognizing her family as a poor household from the local government.

Nhan left a suicide note in which she wrote that she chose to die to spare her family the huge treatment fees for her acute headaches and nerve paralysis and save money for her three sons’ education.

She also stressed that, hopefully, after her death her husband and three sons would be able to obtain the longed-for listing as a poor household to help them borrow money to pay for the boys’ tuition.

However, Nhan’s last wish is far from being realized, as most local Party cell members at a May 3 meeting didn’t agree on the listing for Dinh Hoai Bao, Nhan’s husband, fearing that would set a precedent for dozens of similarly needy households in the area.

According to Kim Thanh Suong, a Party cell member, though Bao is temporarily out of a job, he may later get another job. His monthly income of VND3 mil (US$141), divided for his four-member family, still exceeds the below VND400,000 to 520,000 (US19-25) bracket as required of poor households.

Suong added that they might look into Bao’s eligibility another time.

Meanwhile, Tran Dai Doan, a local Party Committee official, maintained that the Party cell members were quite rigid in handling this case and promised to seek a happy ending for Bao.

He also stressed that his committee will deal with similar cases more flexibly in the future.

Ho Trung Viet, head of the Ca Mau City’s People’s Committee said that for now, they will offer relief and help to Bao and his three sons.

Vo Hoang Hiep, head of the province’s Department of Labor, Veterans and Social Affairs, noted that the Party cell members couldn’t decide the matter on their own without asking for locals’ opinions.