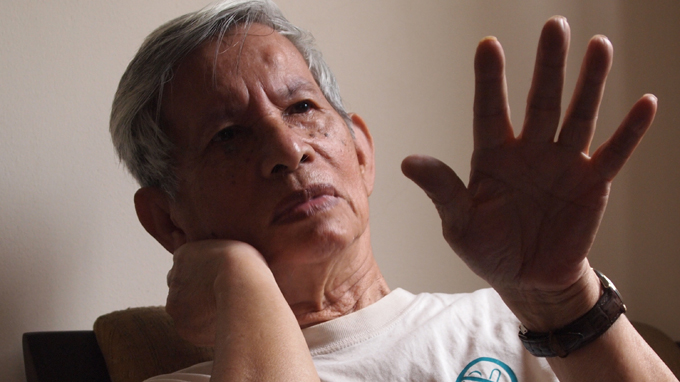 A senior journalist and former vice general director of the Radio Voice of Vietnam rejects the Ministry of Public Security’s proposal that the press must reveal their information sources to competent agencies when required. With such a proposal announced last week, the ministry wants Article 7 of the Press Law to be amended so that “chief judges of the People’s Court, heads of the People’s Procuracy and heads of investigation agencies at all levels” have the right to require press agencies to provide them with details of the person(s) who supplied this/that information that has been published on mass media. Currently, article 7 stipulates that “the press has the right and obligation to not disclose the name of the provider of information if such disclosure is harmful to them, except when such disclosure is required by the head of the People’s Procuracy or chief judge of the People’s Court of the provincial level or upward to serve investigations and trials in serious criminal cases.” Last year, when the amendments to the Law on Corruption Prevention and Control were discussed, this proposal was also raised based on a ground that it would help boost the fight against corruption, but it was later objected by many law experts and the public. Mai Thuc Long, a journalist with 58 years of working through various positions from a reporter, editor to deputy general director of Radio Voice of Vietnam, also opposes it, reiterating that journalists must protect their information providers. “Any measure aimed at limiting the information source of the press will hold back the development of society,” Long told Tuoi Tre. Journalists taking part in combating corruption are responsible for the information they collect. In handling the info and providing them to readers, a journalist must be totally objective and have to respect the truth, Long said. In collecting information, journalists have broad and close relationships with the public and therefore, must protect those who have provided information to them. When asked for a comment about the possible impact of the ministry’s proposal, Long said, “If the press must reveal their source as proposed by the ministry, the public will worry for their safety and will stop providing information to the press.” When citizens provide information about wrongdoings to the press, they wish to assist and coordinate with journalists in investigating to clarify the wrongdoings and punish the wrongdoers.  Citizens are ready to do that since they find such cooperation effective. However, journalists, with their professional skills, must examine and check the information provided to them to make sure they are correct, since in practice, there have been cases in which accusations were wrong, Thao said. The senior journalist also answered some other questions from Tuoi Tre.Q: In your opinion, when an investigation agency requests that journalists make disclosure of information sources, will the public continue to provide information to the press? A: Such disclosure will certainly cause worry to those who intend to give information to the press, and they will not dare do so anymore. This will limit contributions by the press in fighting wrongdoings or corruption in society.Q: Will such disclosure affect the press’s anti-corruption fight?

A: In my opinion, such a disclosure more or less will benefit investigation agencies, but it will limit the investigation of the press. Any action that has a negative impact on the relationship between the public and the press will not be good for the fight against corruption and other negative acts.