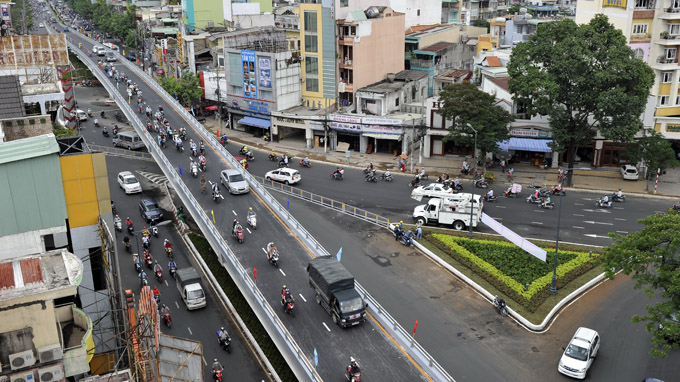 A steel flyover will be built under a multimillion-US dollar road project at Cong Truong Dan Chu roundabout that connects district 3 and district 10 of Ho Chi Minh City. The project is aimed at solving a major bottleneck in the area.

The flyover will be designed for motorbikes and automobiles under 10 tons which travel from Vo Thi Sau street to 3-2 street.