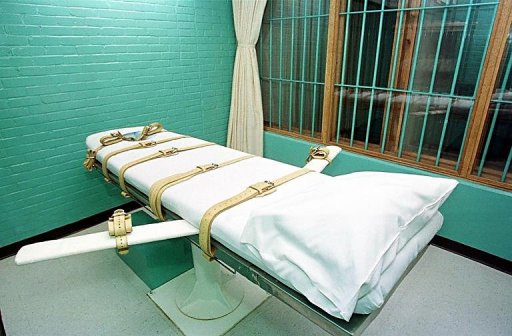 Locally-made poison to be used for execution

The Government has issued a new decree under which domestically-prepared lethal injections will be used for the execution of prisoners, instead of the chemical which has been regulated but cannot be imported.

>> Lethal injection switch stalls over lack of drugs >> Vietnam prepares for switch to lethal injection The new decree amends a number of articles in Decree 82 on the execution of prisoners under death penalty using lethal injections instead of firing squads. Among the articles that have been amended is one that regulates the three drugs to be used for execution. These drugs cannot be produced domestically, while the Health Ministry has failed to import. Therefore, under the new decree, which will take effect on June 27, lethal injections must be selected from those that can be locally prepared as soon as possible.     Decree 82 took effect on November 1, 2012 and under the law lethal injections will be used instead of firing squads for the execution of prisoners under the death penalty. According to the new execution method, which was approved by National Assembly in 2009, the three drugs used include sodium thiopental to anesthetize the condemned, pancuronium bromide to paralyze the nervous system and muscles, and potassium chloride to stop the heart. These drugs can be injected two to three times if they do not work the first time. The switch from firing squads to the lethal injection was scheduled for July 1, 2011 after the Law on Execution of Criminal Verdicts was passed by the National Assembly in 2010 and lawmakers looked for a "more humane" method of execution. But due to the absence of the required drugs, the switch was delayed until November, and then December 2011, and it has still not been applied.Over 530 prisoners waiting Under Decree 82 , the Health Ministry is responsible for ensuring the supply of these drugs, but the ministry failed to import them. The reason is that such drugs must be imported through the EU, but the organization is demanding that Vietnam abolish the death penalty. According to the Justice Ministry, when the foreign partners that were expected to supply the injection drugs to Vietnam found out that they would be used to execute of prisoners, they refused to export them.  Meanwhile, according to a report by the Minister of Public Security in January, 532 prisoners are waiting to be executed under the new method. Preparation for the application of this method have been ongoing, with the construction and installation of equipment in five detention centers in Hanoi, Ho Chi Minh City, and Son La, Nghe An and Dak Lak Provinces, the ministry said. Training on the implementation of the lethal injection has been completed, and the new method of execution will be applied immediately when the poison becomes available, said the ministry.