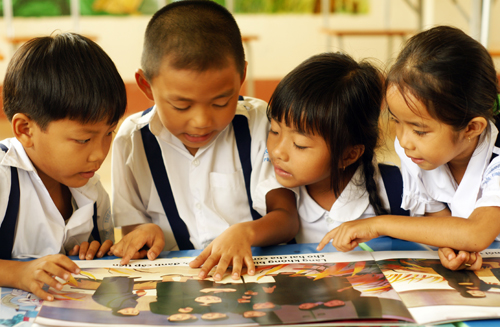 Although it was continually improved from 1990-2012, Vietnam’s Human Development Index for 2012 still stands at the world’s average level, according to the United Nations Development Program’s (UNDP)  Human Development Report 2013. Vietnam’s HDI value for 2012 was 0.617, in the medium human development category, ranking the country 127th out of 187 countries and territories.

From East Asia and the Pacific, the countries closest to Vietnam in 2012 HDI rank and population size are Thailand and the Philippines, which have HDIs of 103 and 114 respectively.

The HDI is a summary measure for assessing long-term progress in three basic dimensions of human development: a long and healthy life, access to knowledge, and a decent standard of living, according to UNDP.

The HDI is based primarily on international data from the United Nations Population Division, the United Nations Educational, Scientific and Cultural Organization (UNESCO), the Institute for Statistics (UIS) and the World Bank. The UNPD noted that the HDI values and ranks in this year’s report are not comparable to those in past reports (including the 2011 HDR) because of a number of revisions to the component indicators by the mandated agencies.

In order to allow for assessment of progress in HDIs, the 2013 report includes recalculated HDIs from 1980 to 2012, UNDP said.