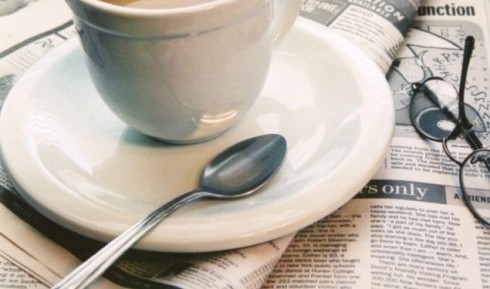 Below are some of the main stories published today, July 13, in the Vietnamese media.

Politics -- Foreign ministers of ASEAN countries and China will have a meeting on August 28 to discuss measures to strengthen their bilateral partnership on the 10th anniversary of ASEAN-China strategic partnership, said Le Luong Minh, General Secretary of ASEAN on Friday. At the meeting, the two sides will discuss measures to implement the Declaration of Conduct in the East Sea (DOC) and the building of a Code of Conduct in the East Sea (COC).Society -- The Vietnamese Health Ministry’s Pharmaceutical Management Department has ordered a suspension of 17 kinds of skin whitening cosmetics produced by Japan’s Kanebo Cosmetics. The suspension was made after the company announced a recall of 54 skin-whitening products from all over Asia since these products contain Rhododenol that could cause white patches and uneven coloring on the skin. The department requests that LK Trading Co Ltd, which has imported these products into Vietnam, rapidly recall them from the market and report the recall to the department before July 30. -- Police in Ho Chi Minh City’s Binh Tan District has detained a 16-year-old for killing his 81-year-old grandfather, Phan Ngoc Trung, on July 8.  The killer, Nguyen Phan Anh Tu, told police that and strangled the old man to death after the victim scolded him.  -- The southern Tay Ninh Province People’s Committee has fined two local producers of rice vermicelli VND141.5 million (US$6,700) for using banned chemicals in production and releasing untreated waste into the environment. These producers have been ordered to stop using the banned chemicals and comply with regulations of wastewater treatment. -- Police in HCMC have arrested six member of an underground gang for kidnapping a 31-year-old woman, T., in July 11 for ransom of VND500 million ($24,000). The gang told police that they were hired by T’s creditor to abduct T and force her to repay a debt of VND5 billion. -- A flyover spanning the intersection of Ba Thang Hai-Nguyen tri Phuong Streets in District 10, HCMC, was completed on Friday, said the project’s contractor, Vietnam Urban and Industrial Zone Development Investment Corporation (IDICO). The overpass is expected to open to traffic on August 19, contributing to easing congestion in the city.Business -- Denmark will disburse up to US$100 million in non-refundable official development assistance (ODA) for Vietnam in 2013-2014, Danish Ambassador to Viet Nam, John Niclsen, told media in Hanoi on Friday. Part of the above money will be used in assisting the development of poor communities in Lao Cai, Quang Nam, Dak Lak, Dak Nong, and Ben Tre provinces. Denmark will also support the development of green economy in Vietnam, the official said. -- The buying price of US dollars declined yesterday afternoon at many commercial banks. At 4:30 pm Friday the price at Asia Commercial Bank (ACB) was VND21,180 per dollar for deals in cash and VND21,200 per dollar for deals via bank transfer. At the end of the same day, the gold price stood at VND37.45 million ($1,780) per tael (1.2 ounce), down VND250,000 from Thursday.   Lifestyle --  The Japanese Consulate General in Ho Chi Minh City has issued a notice to launch the 4h Vietnamese-Japanese Haiku Poem Contest for all Vietnamese people of all ages in Vietnam. Poems for the contest can be composed in Vietnamese or Japanese or both. Every candidate can have three poems for each language. Poems may be sent the Japanese Consulate General from now until October 10, 2013 by post or via email at thithohaiku@hc.mofa.go.jp. The results of the contest will be announced on December 7, 2013.  Sports -- Top Vietnamese badminton player Nguyen Tien Minh won a 2-0 victory over host opponent Sattawat Pongnairat on Friday, earning him a berth to the US Open Prix Gold 2013 semi-finals. Minh outplayed his host player in both sets on 21-10 and 21-10 within 30 minutes. He will clash Japan’s 13th seed Kento Momota who defeated Taiwan’s 2nd seed Yun Hu 2-1 in the quarter-finals. Last year Minh outclassed Momota at Vietnam Open 2012.