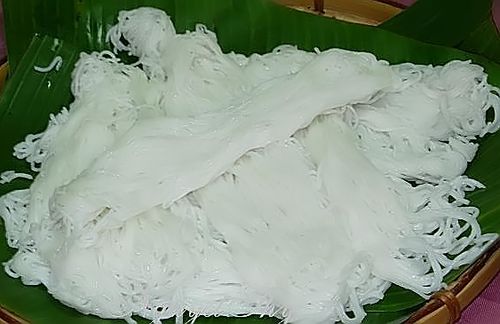 Accordingly, Cuong and Anh must pay the fines of VND87.5 million ($4,160) and VND54 million respectively.

In the inspections conducted on July 7 by the provincial anti-environmental crime police at the two factories, inspectors caught them using a chemical to whiten fresh rice noodles and an anti-mould agent as a preservative for their products.

Both the whitener and the preservative are banned from using in food production and processing, the committee said.

Cuong’s factory was also caught releasing untreated wastewater into the environment, violating its commitments to comply with environmental protection regulations.

A similar case occurred in Ho Chi Minh City on July 1, when an inspection team caught a producer of rice noodles in Ward 4, District 8 using banned chemicals in production and preservation of its products.

Tinopal is an optical brightening agent for making paper and paperboard whiter. It is very harmful to human health since it can cause diseases to liver, kidney and other organs.

The agent can also cause chronic diseases and even cancer.

Meanwhile, Sodium benzoate has a chemical that  is widely used as a food preservative, but it is banned from using for certain products, including rice noodles, experts said.