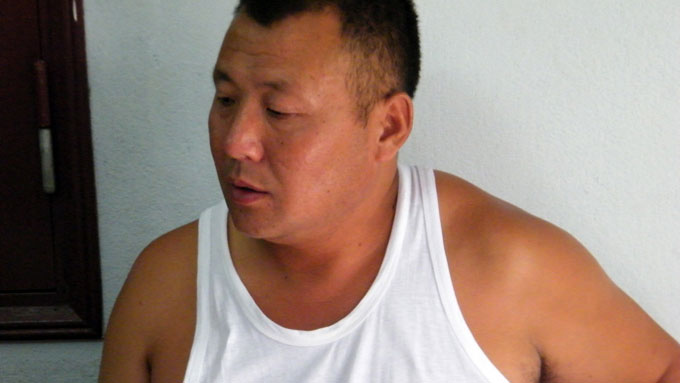 Police in Vietnam Saturday announced that they have arrested Chinese man Ly Xue Leng and his Vietnamese wife Nong Thi Be for selling two local ethnic minority girls to brothel(s) in China or to Chinese men as wives.

According to the police, Leng from Hubei province in central China is married to Be, a Nung ethnic minority girl in the northern Lang Son province. The couple has lured Vietnamese ethnic minority girls into prostitution or sold them to Chinese men as wives by promising them high-paid jobs in China.

In late May, 2013, they sold two Co Tu ethnic minority girls in Nam Giang district in Quang Nam central province to a brothel in China but met with strong resistance from the victims.

The two victims later pretended to help them lure two other girls in their hometown to China so the couple brought one of them back to Vietnam.

The three were arrested while they were bringing two Co Tu ethnic girls from Nam Giang district to Da Nang central city on their route to China on July 29.

* In related news, police in Quang Nam on the same day said they have arrested Nguyen Sa Ry hailing from Tri Ton district in the An Giang Mekong Delta province for selling four young women, also in Tri Ton, to brothels in China on July 19. The 56-year-old woman has been charged with “human trafficking”.

According to police, the four victims have been rescued and sent back to their hometown safely. The police added that Ry lured the girls by promising them a VND5 million monthly salary at a café in China.