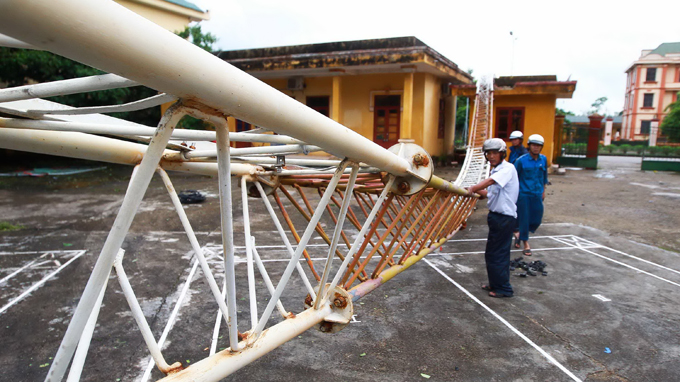 4 people were injured, 2 antenna masts and 14 low-tension poles collapsed, 3 houses were destroyed and 223 hectares of rice and farm produce were damaged after typhoon Jebi that packed maximum winds of 102 kph made landfall in Quang Ninh northern province on Aug 3, according to the National Committee of Search and Rescue.

Strong winds from the typhoon also blew off the roofs of 524 houses in the province and caused a fire in a grocery in Kien An district in the neighboring Hai Phong city, sending hundreds of people into panic, according to Tuoi Tre on-the-scene reporters.

The committee said the typhoon weakened into a tropical pressure area the same day but it is still causing heavy rains in the north.