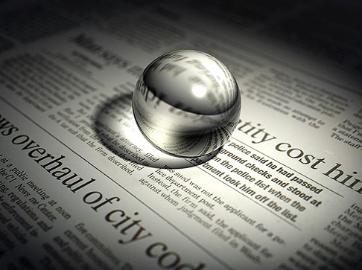 -- Park Geun-hye, President of the Republic of Korea, has arrived in Hanoi for her four-day state visit to Vietnam, which is expected to greatly enhance trust, cooperation and understanding between the two sides.

This is President Park’s first visit to Vietnam since she took office in February this year, and the fifth one by a South Korean President since the two nations established diplomatic relations in 1992.

-- Vietnam has hosted a congress of the ASEAN Council of Japan Alumni (ASCOJA) in Hanoi for the first time with the participation of 350 domestic and foreign delegates including ministries and embassies of Japan and ASEAN member countries in Vietnam along with ASEAN alumni in Japan. It is a part of a series of activities to mark the 40th anniversary of diplomatic ties between Vietnam and Japan and the 40 years of ASEAN-Japan relations.

-- Some 25 lives have been claimed by recent torrential rains, floods and landslides in Northern provinces, according the National Steering Committee for Flood and Storm Prevention. The highest number of casualties, 10 deaths, is recorded in Lao Cai, followed by Thai Nguyen, Lai Chau and Vinh Phuc with three each; Lang Son and Dien Bien with two; and Ha Giang and Son La with one.

-- An elderly Canadian couple have taken their cerebral palsied daughter around the world, including Vietnam, over the past few years to help her get to know others with the same disease and spur the families with such kids to develop their children’s potentials.

-- Whirlwinds have ripped through parts of Ho Chi Minh City, damaging dozens of homes and causing 27 houses completely collapsed and the roofs of 212 homes torn off in Binh Chanh District.

-- Vietnam exported almost 4.7 million tons of rice in the first eight months of this year to China, the Philippines, Cuba, Malaysia, Hong Kong and the African markets, according to the Vietnam Food Association (VFA). Though the rice exports to Asia dropped by 20.8 percent year on year during the period, the situation in the African, American and European is opposite with an increase of 12.4, 37.7 and 139.3 percent year on year, respectively.

-- Smartphone sales in Vietnam may eclipse the sales of feature phone in the second quarter of this year as shown by recent data on the total number of mobile phones shipped to Vietnam in the period, about 5.8 million mobile phones, according to a recent report conducted by IDC Vietnam.

-- The average retail gasoline price in Vietnam in August was at $1.18 per liter, cheaper than 109 countries worldwide, including many regional countries, but it was more expensive than 32 countries, many of which are oil-producing nations and economic powers such as the US and Russia, according to the Vietnam Petroleum Association (VINPA).

-- FPT has aimed to be listed in Forbes Global top 500 and be Vietnam’s top corporation in terms of smart services which compete with other information technology companies in the world, said Truong Gia Binh, FPT chairman, adding that expanding to be a regional hi-tech corporation with the biggest IT workforce is among the first step for FPT to reach the ambitious goal.