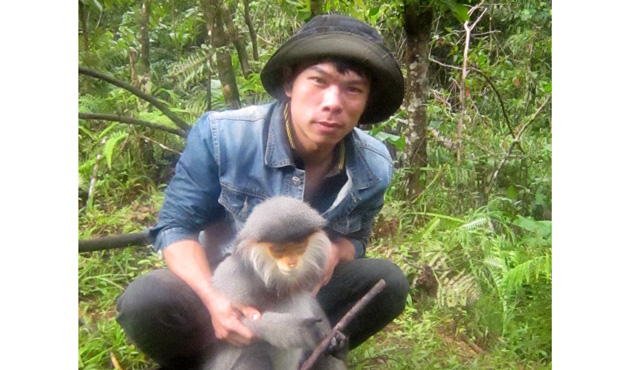 A junior high-school teacher in the central highlands province of Kon Tum has bought an endangered monkey from two local young hunters and released it back into the wild.

Finding it an endangered monkey, Viet paid the duo VND300,000 (roughly US$15) in exchange for the animal.

The monkey is identified as the gray-shanked douc langur (Pygathrix cinerea) which is listed in Vietnam’s Red Book of endangered and threatened species.