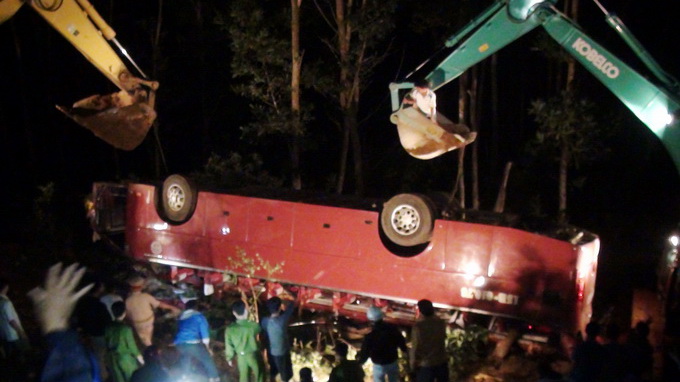 Seven were dead and 39 others injured after a bus plunged off a highway into a 30m deep ravine in the northern mountainous province of Lao Cai on Friday.

Five people were killed immediately during the accident and two others died on way to hospital. The injured passengers are being treated at a local hospital.

The mishap occurred on a section of National Higway 279 that runs through Yen Son commune in Bao Yen district.

Local police said the bus met with the accident at about 6:45pm on Oct. 25 when it was carrying pilgirms from Hai Phong northern city to Bao Ha temple in Lao Cai.