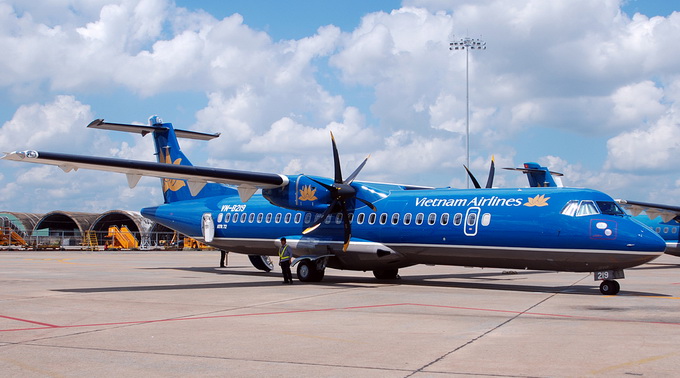 While national airline Vietnam Airlines and aviation authorities have been exerting effort to look for the missing front wheel after a flight earlier this week, it was eventually found at the airport where the very plane had departed.

>> No abnormal signs from black box of plane with missing wheel

The right wheel, one of the two front wheels of the ATR-72 that went missing on October 21, still lies in Cat Bi Airport in Hai Phong Province, Lai Xuan Thanh, head of the Civil Aviation Administration of Vietnam, confirmed on Friday.

The wheel dropped down when the plane took off at this termination, Thanh added.

It was found in a small canal, some 1.15 km off the top of the airport runway.

Thanh said the wheel was immediately brought to CAAV, and will be transported to France for investigation on the cause of the incident.

As previously reported the aircraft took off from Cat Bi Airport in the northern city of Hai Phong at 12:45 pm and landed in central Da Nang City at 2:15 on schedule on October 21.

After all 41 passengers and the crew had left the aircraft, airport technicians carried out a routine examination and found that it had lost one of its two front wheels.

Further examination showed that the aircraft’s front shaft had been broken at one side, causing the loss of the wheel.