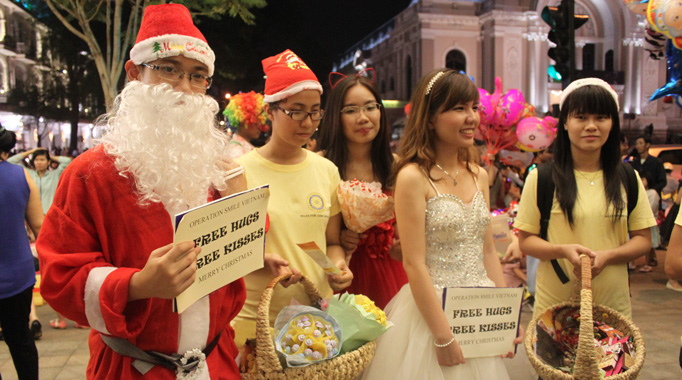 People in Ho Chi Minh City will experience cold weather for a week from now till the New Year, according to the local weather forecast.

Nguyen Minh Giam, deputy director of the Southern Region Hydro-Meteorological Centre, said temperatures in the south are dropping due to the affect of a cold spell hailing from the north.

It is believed to be the longest period of cold weather in the south since early this year as the lowest temperature is recorded at 19.9 degrees Celsius in Binh Phuoc province, 19.5 deg. Celsius in Tay Ninh province and 20 deg. Celsius in HCMC, the official added.

Giam said weather in the south remains cold from now to the New Year and temperatures in this region may continue to fall.

Meanwhile, the northern and the central northern regions are affected by colder weather, according to the National Center for Hydro-meteorological Forecasting (NCHMF).

The cold weather will last from 3 to 4 days with temperatures ranging from 6 to 9 deg. Celsius and plunging to below 2 deg. Celsius in mountainous areas.