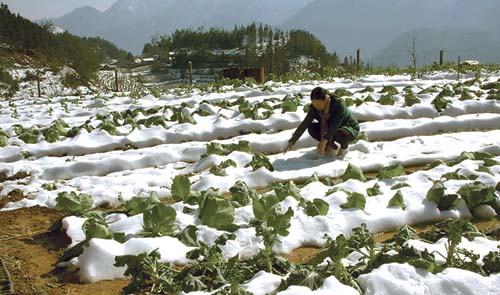 The weather in the southern region of Vietnam has gone down from 1-2 degree Celsius, especially at night and in early morning while the northern Vietnam will go through a cold spell in around four coming days.

Nguyen Minh Giam, deputy director of the Southern Hydrometeorology Station, said the weather in the south is forecast to remain low at 17-20 degrees Celsius, and get colder at night and in early morning. Some other locations will be around 18-20 degrees Celsius in the coming days.

Meanwhile, a cold spell has affected the northern Vietnam since late yesterday, ending a warm atmosphere during the lunar New Year (Tet) festival in the last ten days.

It is forecast that the chilling cold weather will cover the northern region and spread down to provinces Thanh Hoa and Thua Thien Hue on February 9.

The eastern and western sides of the northern region may have rains and the weather will fall to 14-19 degrees Celsius.

On February 10, the northern Vietnam is forecast to suffer another cold spell, turning the region to suffer a biting cold weather.