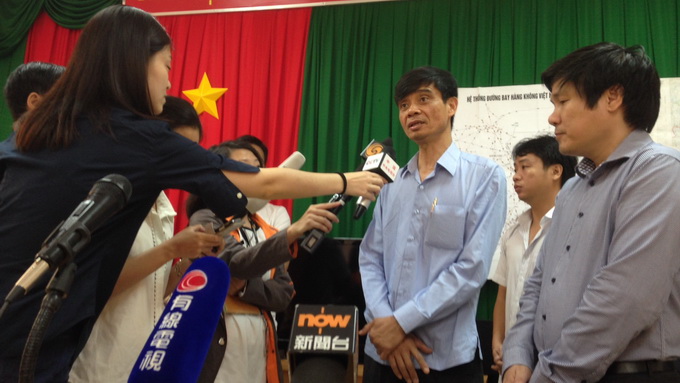 Vietnam will suspend most of the search activities for the missing Malaysia Airlines flight MH370 in its waters today, pending official confirmation from the Malaysian government on reports that its military had last tracked the plane far to the west of its course over the Strait of Malacca.

The country will maintain searching with a few flights within its FIR (Flight Information Region), while other activities are suspended, Vietnamese Deputy Minister of Transport Pham Quy Tieu, who leads the sea and air search mission, told reporters at the frontline command center on Phu Quoc Island on Wednesday.

Tieu said Vietnam is still waiting for a response from Malaysian authorities for information about reports that the plane, with 239 people on board, had changed direction after its last known contact on Saturday.

As of the end of Tuesday, Vietnam dispatched nine aircrafts and nine vessels to undertake a larger-scale search for the Malaysian plane.

Vietnam is willing to offer support for the search and rescue operations following the official request from Malaysia, the deputy minister said.

When asked if Vietnamese authorities felt disappointed over the late information about the last position of MH370 being detected at the Strait of Malacca by the Malaysian military, Tieu said it is the relatives of the passengers onboard the doomed plane who should be asked about disappointment.

A Malaysian military official told Reuters on Tuesday, the fourth day of the search and rescue mission, that the Malaysian military believes the mysteriously vanished jetliner changed course after Kota Bharu and made it into the Malacca Strait, which runs along Malaysia's west coast.

But early today, the head of Malaysia's air force denied making such comments, deepening the mystery surrounding the fate of flight MH370.