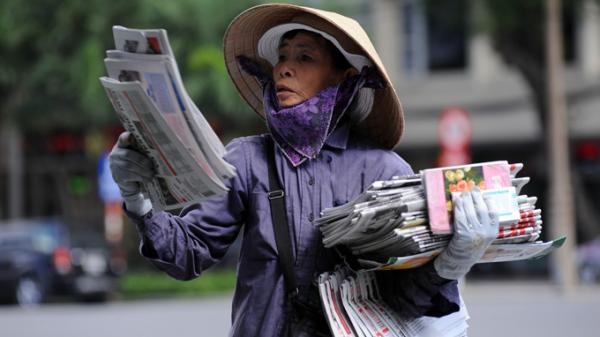 Tuoi Tre News briefs you on some of the leading news stories published today, July 28, in Vietnamese media.

-- A series of memorial activities were held countrywide to observe the 67th anniversary of War Invalids and Martyrs' Day on Sunday, July 27.

-- Two Vietnamese workers were killed while three others were injured as their steel building frame collapsed at the construction site of the Formosa Ha Tinh project in the central province of Ha Tinh on Sunday.

-- The sleep pod service at Hanoi-based Noi Bai airport, which was inaugurated on July 22, has been suspended since Sunday by the Civil Aviation Authority of Vietnam to wait for a “suitable business plan.”

-- Hoang Van Thanh, 51, hailing from central Thanh Hoa Province, was handed Sunday over to local police for investigation after he slashed his mother and wife to death a day earlier.

-- Vietnam has attracted a foreign direct investment influx of US$9.53 billion in the year to July, a 20 percent year on year decrease, the Foreign Investment Agency reported Sunday.

-- Vietnam aims at exporting 20,000 automobiles by 2020, according to a development plan approved by Prime Minister Nguyen Tan Dung.

-- Footwear makers Nike, Adidas, and Puma transferred their orders from China to Vietnam in the first half of this year, the Vietnam Leather and Footwear Association has said.

-- Forty-seven female students, representing 23 minor ethnic groups of Vietnam, were granted scholarships to pursue college education at the 2014 Festival of Dreams in the coastal city of Nha Trang on Sunday. The grants are sponsored by the VinaCapital and Vu A Dinh Fund.

-- The 2015 Flower Street, a traditional festive event held annually in Ho Chi Minh City to celebrate the Lunar New Year, will take place on Ham Nghi Street in District 1 instead of Nguyen Hue, the city’s local government has announced.

-- A futsal team consisting of underprivileged Vietnamese children returned to Ho Chi Minh City on Sunday after a four-day exhibition trip to the Philippines.

-- Vietnam only targets to bring home two to three gold medals at the 2014 Incheon Asiad, running in South Korea from September 9 to October 4, according to the General Department of Sports and Physical Training.