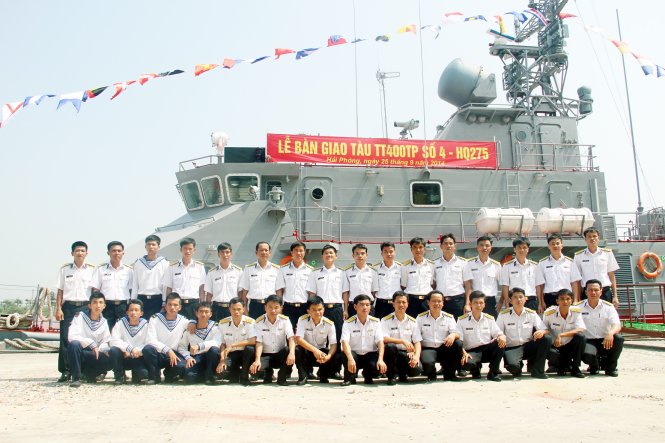 A gunship with advanced weaponry built by a domestic shipbuilder was handed over to the Vietnam People’s Navy in the northern port of Hai Phong on Thursday.

The TT400TP ship, coded HQ-125, is a patrol vessel manufactured by the Hong Ha Shipbuilding Plant, under the Defense Industry General Department.

The ship, which was built based on a preliminary design bought from abroad, is 54.16 meters long and 9.16 meters wide.

It has a full displacement of 480 tons and can sail at a maximum speed of 32 nautical miles per hour.

The ship can operate nonstop for 30 days with a maximum range of 2,500 nautical miles.

It can carry out combat operations amid waves with a height of about two meters, and can survive winds of up to 102 kph.

The ship is equipped with many advanced weapons systems, including AK-610 artillery, a low-range air-defense missile system, an IFF (Identification Friend or Foe) radar system, and an electromagnetic-optical system, among others.

The ship can be used for patrols and to protect landing crafts, escort ships, and detect and destroy other boats.