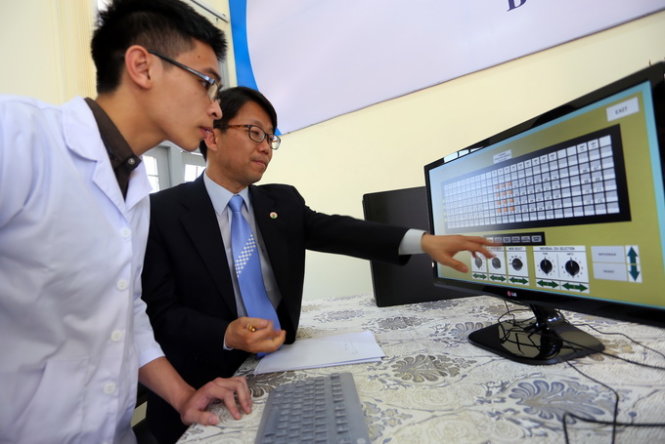 >> Vietnam hails IAEA’s assistance in nuclear power infrastructure The system, a real-time OPR 1000 Core Simulator (CoSi), was built with funding from the Korea Nuclear Association for International Cooperation (KNA), the Korea Hydro & Nuclear Power Central Research Institute (KHNP-CRI), and Korea-based Hangyang University, under the consent of the governments of South Korea and Vietnam. The system, which cost US$2 million, is a simulator of the OPR 1000 reactor, with a capacity of 1,000 MW, the third generation of nuclear reactors, and the latest generation, in South Korea, the university said. The system helps students simulate and calculate parameters of a real OPR 1000 reactor and thereby provide forecasts about possible incidents that may occur during the operation of the reactor in real time. South Korean experts have instructed the university’s students on how to operate the system, which provides them with a real working environment. Practicing on the simulator is necessary for students before they can engage in the actual operation of the nuclear reactor at the Da Lat Nuclear Research Institute, which has so far produced over 30 types of radioactive isotopes and tracers for medical use and use in other areas.