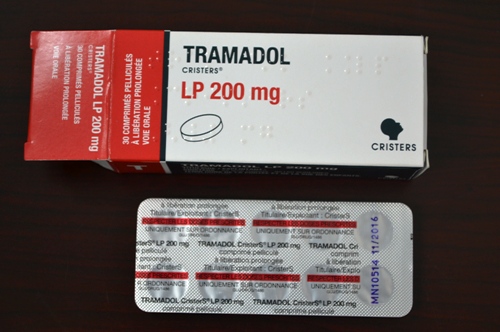 Vietnamese customs officers in Ho Chi Minh City have discovered a huge amount of addictive tablets stashed among various goods meant to be sent to Cambodia from France through Vietnam’s largest airport.

>> Russian woman in detention for carrying 2.78kg of cocaine at Vietnam airport On Monday, after finding suspicious signs in a package containing various goods sent from France to HCMC’s Tan Son Nhat International Airport as a transit location, customs officers decided to open the package for examination. Inspectors found large quantities of addictive tablets, amounting to 30,000 Tramadol tablets - a narcotic-like pain reliever - in total, hidden among the garments, footwear, handbags and other items in the package. The transporter of the package is Kim Quang Trading and Logistics Co., Ltd., a Vietnamese company. The value of the addictive tablets is more than VND2 billion (US$94,000), according to customs officers. These tablets belong to a list of goods prohibited from being imported into Vietnam under the agreement on transit goods between Vietnam and Cambodia signed by the governments of the two countries on November 26, 2013, and also under Vietnam’s Law on Drug Prevention and Control, the airport customs said. The customs force has seized the banned goods and is coordinating with the city’s anti-drug police to investigate the case. The airport’s customs force has discovered many similar cases recently.

The most recent case occurred on August 25, when the force found 2.78kg of suspicious white powder stashed in the luggage of a Russian woman, Dapirka Maria, 28, who flew to Vietnam from Singapore. Tests confirmed that the powder was cocaine.