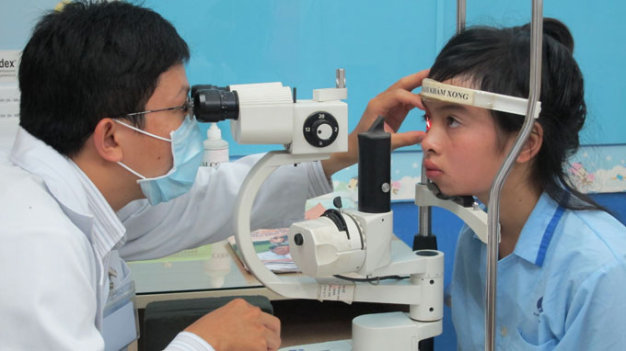 The European Union (EU) will finance Vietnam in restructuring its health sector and implementing reform plans with €114 million (US$141 million), under a financial agreement inked between the two sides in Hanoi on Thursday.

The agreement was signed by Vietnamese Minister of Finance Dinh Tien Dung and Europe Aid’s Director for Asia, Central Asia, Middle East/Gulf and Pacific Pierre Amilhat. The deal was made for the second phase of the EU Health Sector Policy Support Program (EU-HSPSP-2) in Vietnam in the 2015-2017 period. At the signing ceremony, the two sides made their commitments to effectively implement the program as part of their efforts to further expand the 20-year-long cooperation between the EU and the Vietnamese Ministry of Health. The EU-HSPSP-2 aims to help Vietnam reduce poverty sustainably and create harmonious growth through boosting the development of health care sector towards fairness, efficiency and quality in accordance with the country’s health development strategy. The program also contributes to the building of health care plans for the 2016-2020 period, centering on accelerating the coverage of health care services nationwide, improving the service quality, and mitigating the patient overload at major hospitals. Speaking at the ceremony, Minister Dung highly appreciated the great support the EU has offered to Vietnam in the past. In the 2007-2013 period, the EU granted a total non-refundable aid of over €300 million ($371 million) for Vietnam’s health, education, trade and education projects, the minister said. Nearly two months ago, Vietnam and the European Commission (EC) also entered into an agreement in which the EC will give an aid of €400 million (US$507.4 million) to the Southeast Asian country in the 2014-2020 period. The agreement was signed on October 13 following talks between EC President Manuel Barroso and visiting Vietnamese Prime Minister Nguyen Tan Dung. Currently, Vietnam and the EU are negotiating on a bilateral free trade agreement, which is expected to be inked next year. The EU is now the biggest donor and the second largest trade partner of Vietnam.